The company’s unique process, consisting of long-term writer development and widespread circulation of material, gives finalists access to top execs worldwide as well as the proper guidance to advance their careers.

Over $8 million in screenplays and pilots have been sold by Script Pipeline writers, with numerous scripts produced since 1999. In September 2020, Legendary picked up finalist screenplay Bring Me Back by Crosby Selander for seven figures, and in the last few years alone, Script Pipeline winners and finalists have optioned screenplays, sold shows, or were staffed on streaming and network series, including Writers Guild Award-winner Howard Jordan Jr. (Family Reunion, The Unicorn), Tripper Clancy (Die Hart, I Am Not Okay With This), and Laura Bensick (Everyday Insanity). Many others connected with representation, such as Screenwriting winner Helen Gaughran signing with UTA and 2020 writers signing with managers at Kaplan/Perrone, Writ Large, and Zero Gravity.

Up to 75 Quarterfinalists and 35 Semifinalists will receive general feedback on their work from Script Pipeline's development execs, plus consideration for industry circulation.

Following the quarterfinalist and semifinalist judging rounds, 10 finalists are chosen by July 1st, 2021. From those 10, we select one Grand Prize Winner and one Runner-up.

Brief, general feedback will be provided for Quarterfinalists, while Semifinalists may receive more in-depth follow-up from Pipeline development execs, in addition to consideration for industry circulation and longer-term assistance.

Judging is based primarily on the overall quality of the script, including storytelling ability and fundamental components (e.g. dialogue, plot, structure, and characterization). Concept marketability, originality, and writing style are also taken into consideration.

Best piece of advice is to submit material that highlights your distinct voice---what separates your script from the norm. Although we're strict on judging and only work with a select group of writers annually, all types of genres and styles are fair game. In the past, finalist and winning screenplays have ranged from microbudget indies, to true stories, big-budget sci-fi, straight genre pieces, and everything in-between.

All contest judges are comprised of our regular Script Pipeline development execs and senior-level staff. We don't use unpaid interns or volunteers. 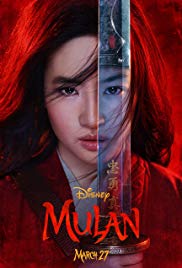 Script Pipeline has cultivated relationships with over 200 production companies, managers, agents, directors, independent producers, networks, and other executives over the past two decades, leading to more success stories annually than any other competition.

Some of the industry reviewing 2021 finalists:

The top 10 finalists are posted to the site on July 10th, 2021 and one Grand Prize Winner and Runner-up is announced on July 25th.

At no extra fee, writers may submit a new draft at any time up until the late deadline of May 15th, 2021.

Written feedback is not included on entries, but entrants may add notes as an optional service during registration. Feedback is kept separate from judging---meaning you'll have a different executive reviewing your contest entry, and the notes have no bearing on the judging process.

For the 2021 season, notes add-ons made between April and May will receive throughout July and August in the order we received.

Crosby Selander's Bring Me Back sold to Legendary Entertainment in September 2020 after a bidding war. The deal landed in the seven figures, making it one of the highest spec sales in years---and one of the few specs ever sold for over $1 million from a "new," unproduced writer.

Pipeline judges called the script a "wonderfully sprawling genre hybrid. . . expertly drawn by a writer with a profound understanding of the human condition."

In 2020, he began development with Sony on a reimagining of the cult hit Anaconda.

The film premiered at the Toronto International Film Festival, where it was acquired by RLJ Entertainment. It was released in 2019.

Top critics from The Hollywood Reporter, SlashFilm, and others praised Henry's directorial debut, and Rolling Stone selected Standoff as one of the top 10 films to see in 2019.

It was the first Script Pipeline winner to get produced.

Afterward, he wrote for Netflix's Family Reunion, where he won a WGA Award for the episode "Remember Black Elvis?", then joined the staff of the BET show Bigger in 2020.