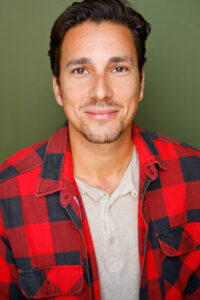 Elad Ziv was born in the beautiful port city of Haifa, Israel. His family later relocated to the exotic, frozen tundra of Buffalo, NY before Elad decided to head for the beautiful California weather by his lonesome. All so he could sit in his home and write for the rest of his life.

Elad was a Division I scholar athlete at Temple University where he graduated with a marketing degree. After college, Elad went on to explore the end of his adolescence by living as a model in New York City and Miami. It was after this exploration that he made the move to Los Angeles to pursue a career in writing. Since being in LA, Elad has received recognition for his writing by most recently winning the 2021 Script Pipeline First Look Project. He has also placed as a finalist in the Sundance Episodic Lab, finalist in the Screencraft Drama competition and a finalist in the Your Script Produced competition. Elad also wrote and directed a short film based off one of his scripts which was accepted into That Film Festival at the 2019 Cannes Film Festival.

Aside from writing, Elad has carved out a career in hospitality where he opened nightclubs in Miami (dek23) and New York (Catch). He also enjoys teaching tennis and going on hikes with his fiancé, Roxanna, and their (dog) daughter, Shai. 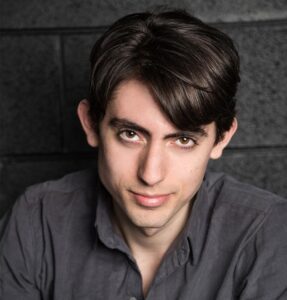 Alessio Franko was born in Santa Cruz, CA, raised in New York, NY, and is currently based in Austin, TX, where he earned his MFA in Screenwriting from the University of Texas at Austin. He’s thrilled to be a runner-up this year, having previously placed as an Academy Nicholl Semfinalist, a Screencraft Sci-Fi Finalist, a Coverfly Pitch Week Official Selection, an Austin Film Festival Second Rounder, and more. He grew up studying acting at HB Studios and with The Wooster Group in New York, performing at theaters such La Mama and the Ontological-Hysteric, and worked on educational and transmedia games as an undergraduate at the University of Chicago and as a fellow at the Game Changer Chicago Design Lab. Alessio’s interests in drama and media collided when he took his first screenwriting class and realized how influential movies and TV shows have been on him. He immediately knew he wanted to influence them back.

Alessio specializes in thrillers and dark comedies and writes to reveal worlds that are hidden– from secret underground societies to the silent, often insidious systems that shape daily life without us knowing. He frequently returns to themes of bureaucracy, debt, paranoia, games and gamification, and the fight against unjust authority. Alessio’s path has been shaped by the modern day Jewish saints Franz Kafka, Jacques Derrida, David Graeber, and the Marx Brothers. 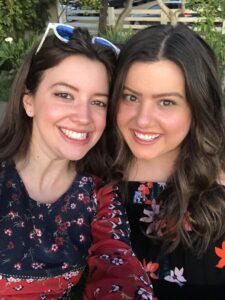 Caitlin Gallo (right) and Brittany Harris (left) met at a theater conservatory – hidden behind Lincoln Center in New York City – many years ago. They couldn’t have been more different – Caitlin, NY born and LA bred child of a music executive and Brittany, good ol’ southern girl – descendant of Mary Todd Lincoln. (Seriously.) But they connected instantly – soulmates born worlds apart, brought together by a need for applause and very strong coffee. After college, Caitlin hustled Off-Broadway with a brief stint in advertising, while Brittany toiled away at law school but they found their way to LA and back to each other soon thereafter. They’ve been inseparable since.

Together Gallo and Harris write female-driven narratives that – regardless of genre – bring to life the stories of young women who come to discover that the power to effect change lies within them. Sometimes that means taking down Nazis, sometimes it’s the school bully. Our ultimate goal is to exist within the venn diagram of award winning filmmakers who also write big IP. 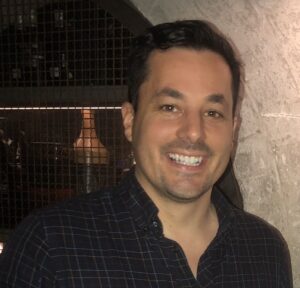 Adrian is an Australian screenwriter and director, who writes character driven comedy/sci-fi that explores themes of existentialism and the human condition. He has a Bachelor Degree in Film Theory and has been a creative director for nearly ten years, directing TV ad campaigns for leading Australian brands. With a passion for human stories, Adrian has directed a series of short documentaries that bring awareness to social issues such as drink driving, trauma and living with disabilities. His screenwriting accolades include Winner of Roadmap’s JumpStart competition and Runner-up in Script Pipeline’s First Look. Based in Los Angeles, you’ll find Adrian scrolling Goodreads or attempting to surf at Huntington Beach. 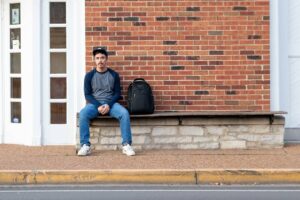 Andy Compton is an Asian American writer and director from the heart of the Midwest—St. Louis, Missouri. Once a hard-partying high school dropout from a dysfunctional home, Andy found sobriety in his late-20s, turned his life around, and went on to graduate Cum Laude from Webster University with a BA in Scriptwriting and a Minor in Film and Television Production. This sense of sweeping transformation often finds its way into his work, as his characters navigate small-town worlds in search of their own larger-than-life triumph, through which Andy balances his comedic sensibility with dramatic storytelling—shining a light on topics such as class struggle, addiction, and other dark aspects of life in the working-class Midwest. These stories aim to uplift and inspire viewers to pursue their own self- actualization.

During his time in film school, he wrote both of his 2021 Nicholl Semifinalist features, SUPLEX (Top 50) and BELLYACHE (Winner of Script Pipeline’s First Look Competition), along with writing and directing his 2020 short film, TIN BOX, Winner of Best Horror Short at Chicago Southland International Film Festival, Best Narrative Short (Audience Selection) at St. Louis Filmmakers Showcase and was made an Official Selection of St. Louis International Film Festival, an Oscar-qualifying festival. Andy’s writing is often amusing, at times—heartbreaking, but always feels undeniably human. 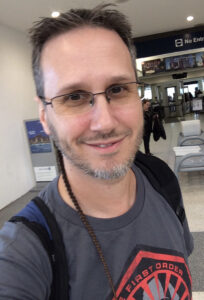 Michael Lee has been writing and making movies since he was eight years old but his biggest career highlight came recently when his idol Steven Spielberg requested to personally read one of his screenplays. Michael Lee did not sleep for a full week.

Michael Lee is married with two children and in his spare time, when not driving someone to a soccer game, scouts, band practice or IKEA, he loves using his children as an excuse to play endless video games without feeling guilty. 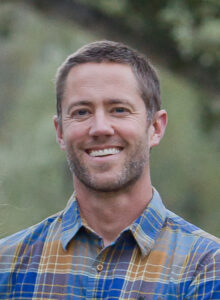 Morgan Smith is a recovering visual effects producer who spent close to a decade at Industrial Light & Magic in San Francisco with credits on Rango, Star Wars Episode VII, Rogue One, and others. If you’ve ever found yourself commenting on a stormtrooper’s overly expressive death, Morgan’s work in the motion capture suit may be to blame.

Morgan strives to write grounded horror and thrillers in which the monster isn’t necessarily the scariest part. He was born and raised in Carmel, California and that is where you can find him today.

The Vault by Ryan Self – Runner-up 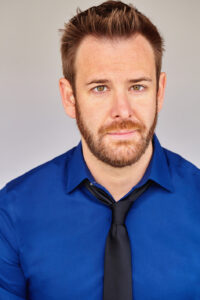 Ryan Self is a writer, actor, and improviser living in LA. He has written and performed for stage, film, TV, podcasts, and videogames, and most recently was a staff writer for WB’s The Tom and Jerry Show. 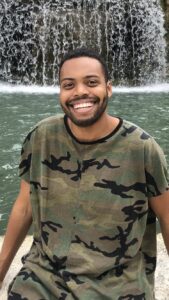 Born and raised in Las Vegas, Reese started his journey into entertainment by attending performing arts school as a theater major from grades 6-12. He went on to study broadcast journalism at UNLV while simultaneously teaching 6th grade English. He soon landed a job at the local PBS affiliate and helped produce several televised educational programs. Wanting to make the shift into scripted narrative television, Reese enrolled in the Peter Stark Producing Program at USC. His writing professor, Jessica Sharzer (American Horror Story, A Simple Favor) hired him as her writers’ assistant on an unannounced, hour-long Apple TV+ project. From there, Reese went on to become the script coordinator on the second season of Fuse’s Sugar and Toys. After writing an episode of S&T, he was hired as a freelancer to write on a soon-to-be-announced Netflix animated series. Having worked in comedy, drama and animated rooms, Reese has determined that he enjoys each genre, so long as there’s room for sarcastic humor and the occasional pop culture reference. 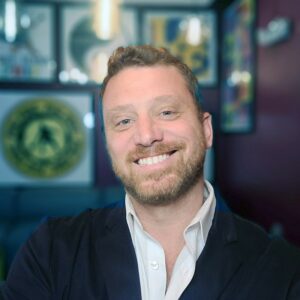 Chad Lindsey is a lapsed boy-band member, a performer, director, and playwright. He is the founding artistic director of Hook & Eye Theater and a recipient of the Innovative Theatre Award. 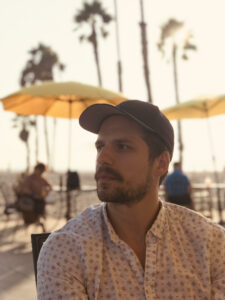 Aaron Mobley is the winner of the 2019 UCLA Professional Program in Screenwriting contest, a 2017 Nicholl semifinalist, and 2021 Nicholl quarterfinalist. His work has also received honors in the Austin Film Festival, PAGE, and Launchpad competitions. 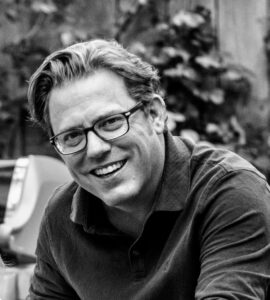 R.L.’s journey in film began at Miramax Films as an intern in college. He left Miramax as Director of Development with the aspiration of writing and directing. After earning an MFA from USC, his short film THE KNIFE GRINDER’S TALE screened at film festivals around the world, including the Telluride Film Festival. The film won “Best Short” at the Vail Film Festival and “Best Director” at the Beverly Hills Film Festival.

R.L. lives in Northern California with his wife and two daughters. 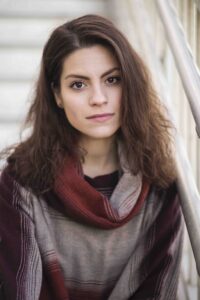 Julia Rose Barnett is an LA-based writer, actor, and filmmaker who loves telling ensemble-based stories that heal genetic trauma. Julia grew up in New York City theater, performing in and writing productions ranging from regional to Off-Broadway. She worked for world-renowned theater producer Sir Cameron Mackintosh and Broadway general management company, Foresight Theatrical on Phantom of the Opera, Les Miserables, Kinky Boots, Million Dollar Quartet, and more. She also received a distribution deal with Amazon Prime via Jivewired TV for her self-created, written, and produced web series, BREAK. Julia recently starred in and produced Picking Daisies, a short film that made its debut at HBO sponsored Official Latino Festival where it was nominated for Best Drama and won Best Editing. As a freelance writer, Julia has been published on Bustle, McSweeney’s, The Second City Network, The Dipp and more.

Julia most recently worked in the writers’ room for EMERGENCE on ABC. You can view her work on juliarbarnett.com.