Over the course of 22 years, many Script Pipeline writers have optioned their work, produced their films, and garnered management or agency representation through our extensive process of industry facilitation for top screenplays and pilots. Script Pipeline winners and finalists have sold specs to major studios such as Warner Bros, Universal, Legendary, and 20th Century Fox, while several writers have been staffed on Netflix, CBS, ABC, and other network shows. This following is a small selection of success stories and achievements from our writers, primarily those where Script Pipeline played an integral role.

Crosby Selander’s Bring Me Back sold to Legendary Entertainment in September 2020 after a bidding war. The deal landed in the seven figures, making it one of the highest spec sales in years—and one of the few specs ever sold for over $1 million from a “new,” unproduced writer.

Pipeline judges called the script a “wonderfully sprawling genre hybrid. . . expertly drawn by a writer with a profound understanding of the human condition.”

After winning the 2019 Screenwriting season and getting wide circulation to industry execs, Helen signed with UTA. A unanimous choice for both the Screenwriting Competition and genre-specific First Look Project, Script Pipeline execs called Visitation “a haunting depiction of this time and place,” “a refreshing, grounded twist on the genre,” and “one of the most impactful scripts we’ve ever read from a new, rising screenwriter.”

The horror will be Helen’s first produced film.

A total of seven Script Pipeline writers have made recent Black Lists. 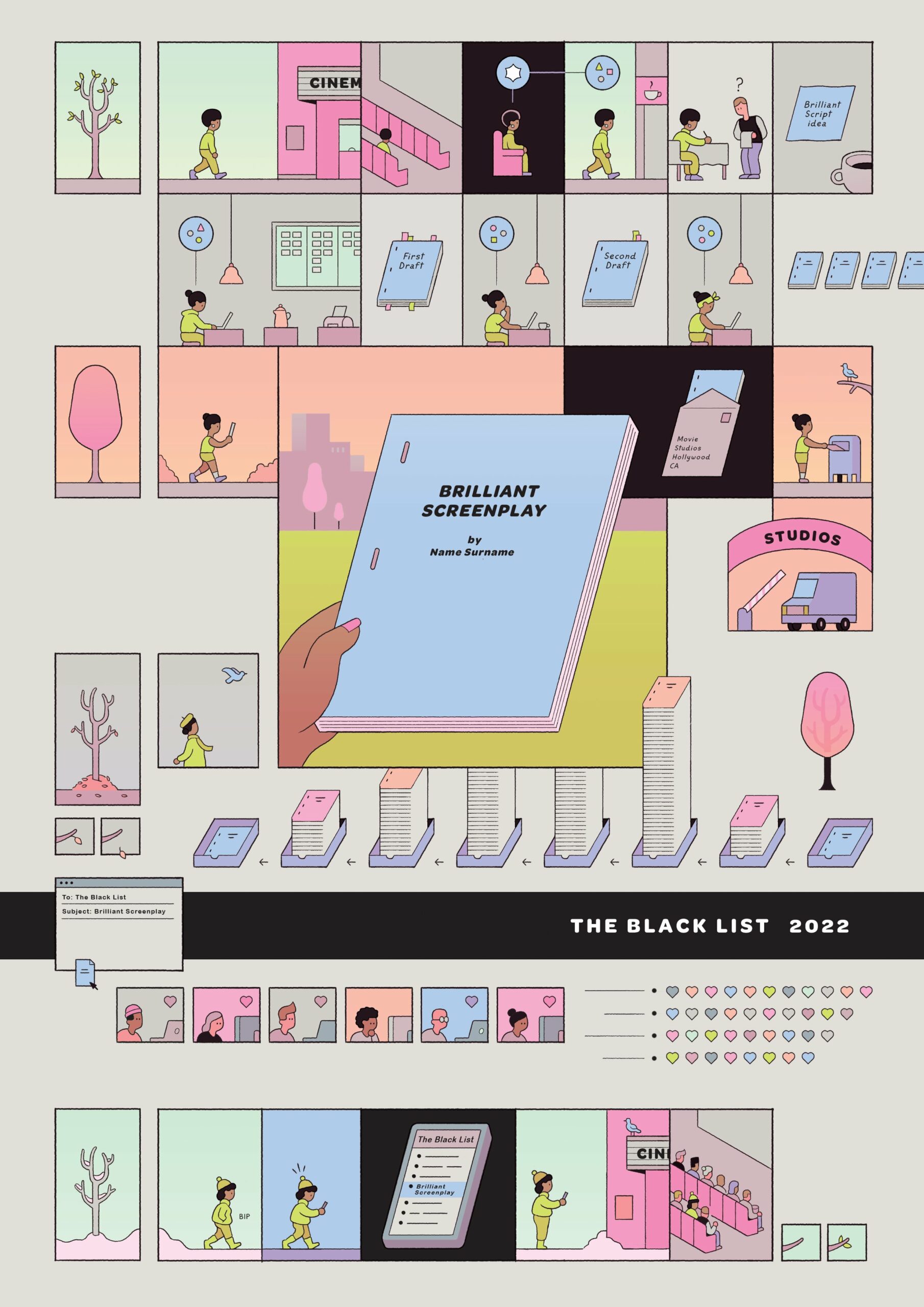 Daniel’s intense, unique thriller wowed Script Pipeline judges and it was a unanimous choice as our 2021 Screenwriting Contest winner. Soon after the announcement in August, Pipeline sent the script to select managers and production companies, including Bellevue, where Dan ended up signing with John Zaozirny and Zack Zucker. Same for Brian, who was introduced to Bellevue in March 2021 and optioned his script to Sister (Chernobyl).

After extensive development in early 2022, Elad signed with (surprise) Bellevue and had his script optioned by producer Andy Horowitz (American Hustle, Suicide Squad) and Big Swell.

2021-2022 was the first time Script Pipeline had two contest picks land at #1 in back-to-back years.

Tripper’s first produced studio feature, Stuber (2019) sold in the mid-six figures. The action-comedy stars Dave Bautista (Guardians of the Galaxy), Kumail Nanjiani (The Big Sick, Silicon Valley), Mira Sorvino, and Betty Gilpin (Glow). Following the release of Stuber, he was brought on to write the Varsity Blues reboot and joined the staff of the Netflix series I am Not Okay With This, starring Sophia Lillis (It).

He’s the co-creator, writer, and co-producer of the Quibi series Die Hart, starring Kevin Hart, Nathalie Emmanuel (Game of Thrones), and John Travolta, which debuted in 2020.

Shortly following the contest win, Evan secured an assignment with Warner Bros. to rewrite the adaptation of He-Man, which led to the sale of Snow White.

In 2020, he began development with Sony on a reimagining of the cult hit Anaconda, as well an adaptation of the fantasy/drama Havenfall for Glasstown Entertainment and Amazon Studios.

It was the first Script Pipeline competition winner to get produced.

Afterward, he wrote on Netflix’s Family Reunion, where he won a WGA Award for the episode “Remember Black Elvis?”, then joined the staff of the BET show Bigger in 2020.