– Winner –
Against All Entropy by Nick McMurdy 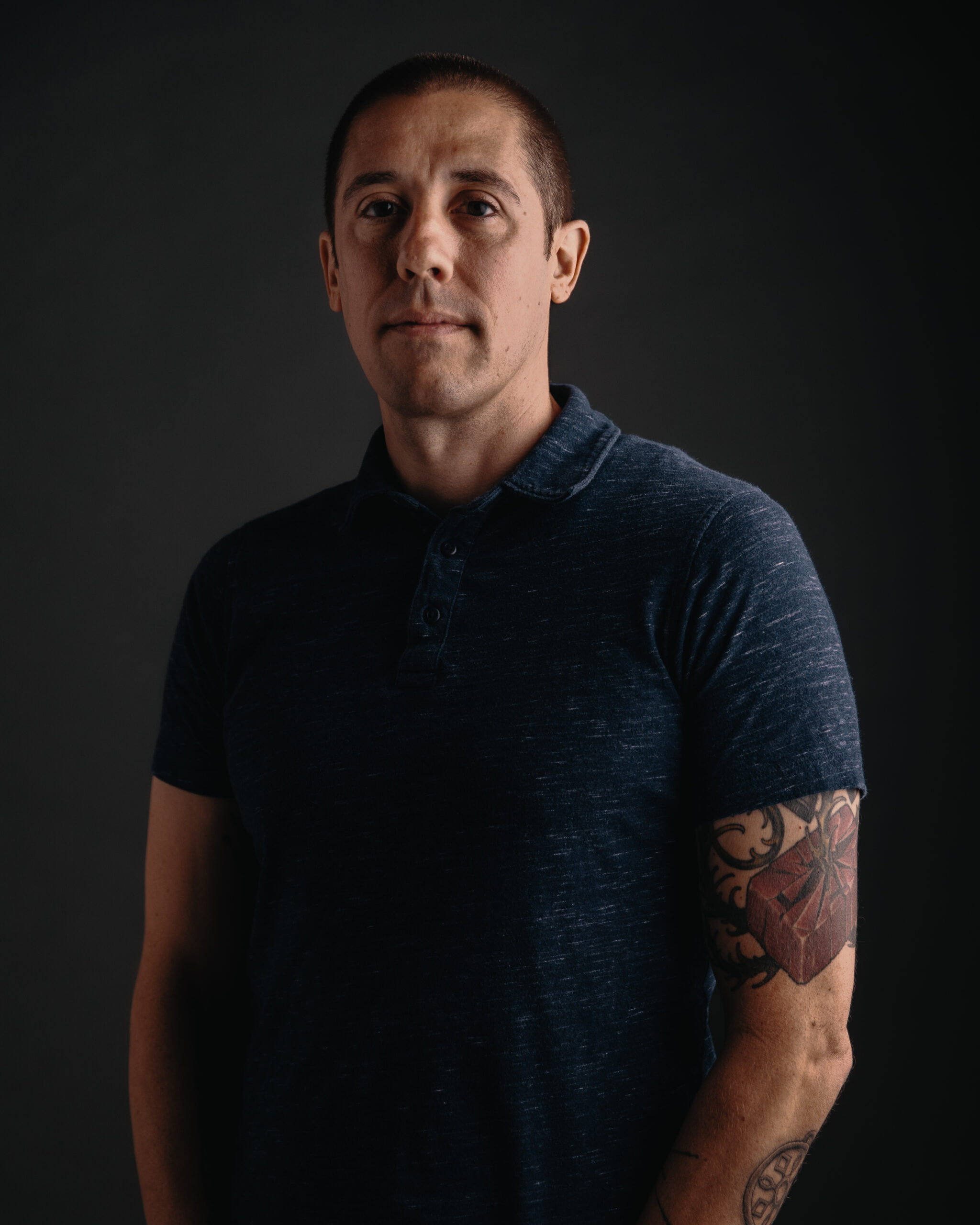 Nick McMurdy was born and raised in the rural Rust Belt wasteland just outside of Pittsburgh, where he witnessed his hometown slowly fade away like blotted watercolor. In fact, Nick’s own childhood home was converted into a meth lab by the last owners, and sold at a police auction for $1,000.* That’s why he writes offbeat dramatic features about working-class loners, focusing on themes of purpose and belonging.

Some of Nick’s other notable screenplay awards include the Roadmap Writers Top Tier Grand Prize, Winner of the Summer Los Angeles International Screenplay Awards, and Top 1% on Coverfly. He also has nearly 20 years of experience in the advertising industry, with over 80 productions under his creative direction. (*Nick has never done meth.)

– Runner-up –
Sonny is a God! by Scott Tinkham 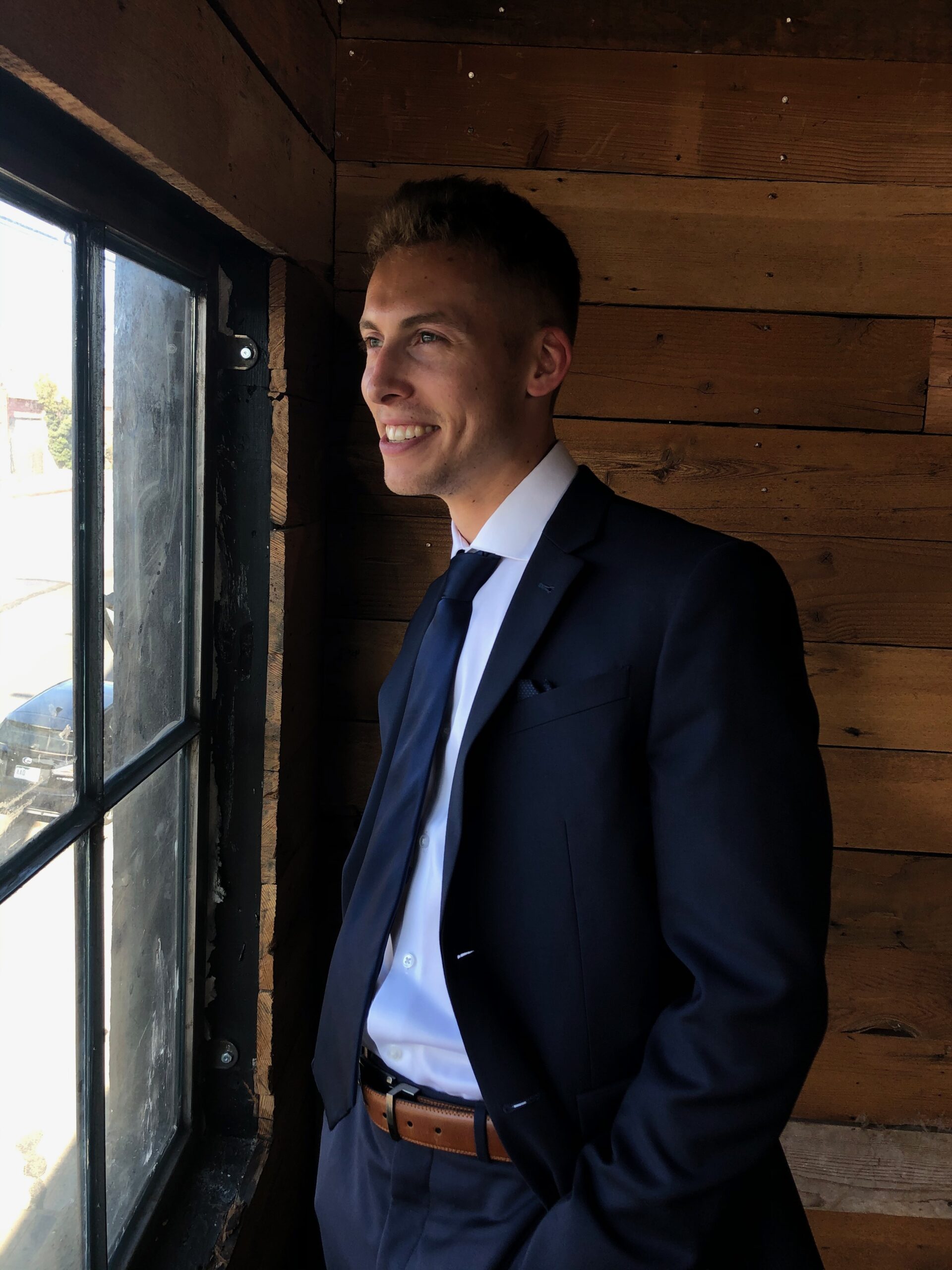 Scott Tinkham is an award-winning Writer & Director from Minnesota. He got into making films when he discovered he could blow up his Mom’s minivan using Adobe After Effects. His Mom wasn’t thrilled… but eventually understood it was “cool”. Since then, Scott found a passion for the Sci-Fi genre. He aims to make films that encourage conversations about the nature of our species through high-concept stories driven by grounded relationships and characters rooted in existential struggle.

– Winner –
Way of the Dinosaur by Brendon Udy 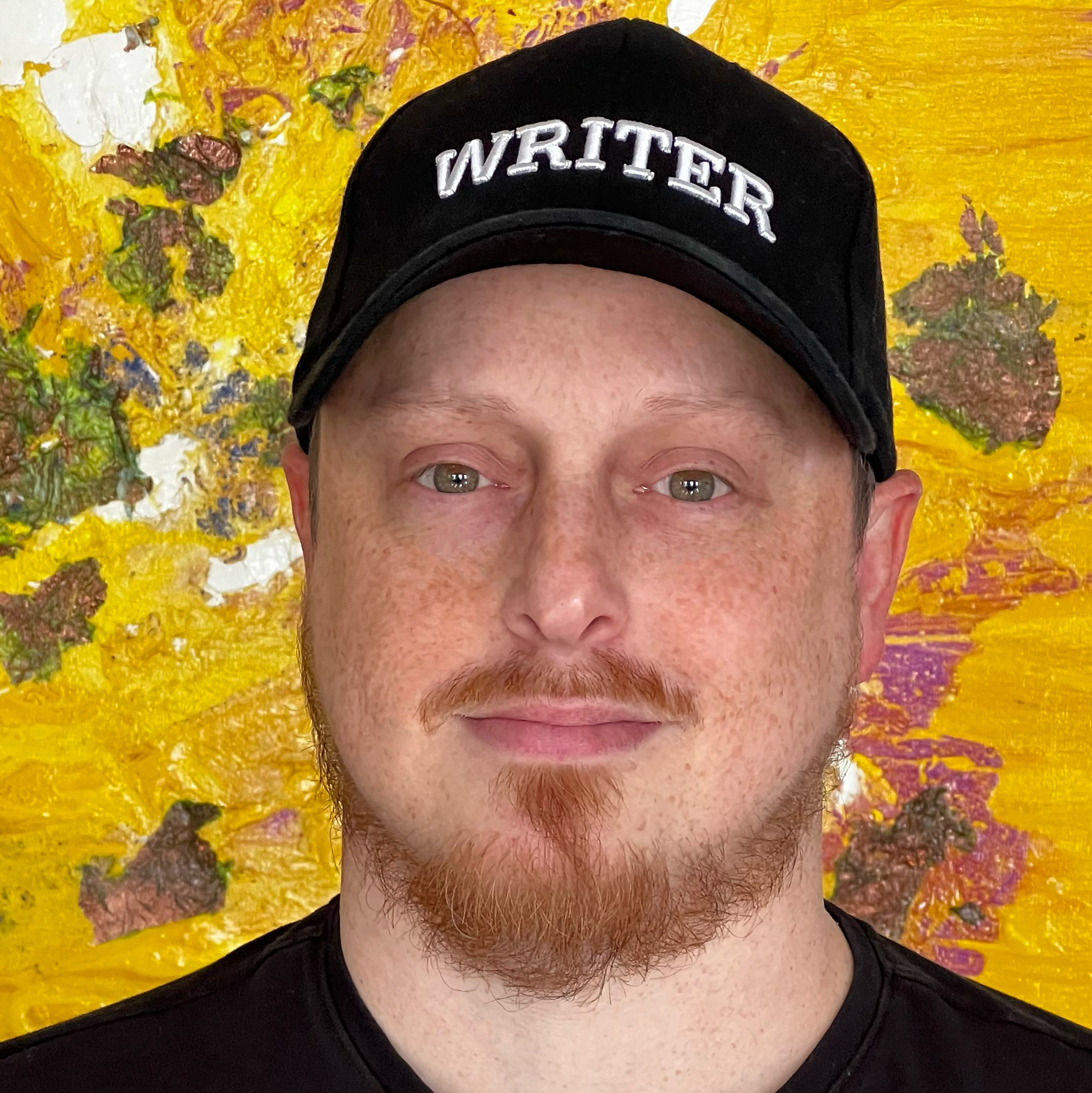 Brendon Udy never dreamed of being a screenwriter. No. He wanted to be Steve Irwin, Crocodile Hunter. Unfortunately New Zealand doesn’t have crocodiles, or snakes, or really any dangerous wildlife. So he decided to become a vet instead. The only problem? He was really, really, incredibly sh*t at science. Like, the worst. So he needed a new dream.

At age 19, Brendon’s world was blown apart when he lost his mother. But from that tragedy, he discovered his passion for filmmaking and visual storytelling. After entering a 48 hour film contest, he received the following feedback: “Has a bright future as a filmmaker, just not as an actor.” From that moment on, he focused on becoming a better storyteller, and eventually left directing behind – in his own words, “I can’t make a great movie with a bad script.”

In 2017, he made the Blood List’s Fresh Blood Selects with a horror / comedy that he proudly calls his first “f*ck it” script. In addition, he has been a top 25 finalist for Launch Pad, top 10% for Nicholl, and finalist for Filmmatic. Drawn to big, hooky concepts, he writes stories that make the most of cinema’s unique creative and visual possibilities. Add some flawed characters, a healthy dose of kiwi wit and humor, and themes of family, love, and loss, and you’ve got a Udy™ script. Brendon is now based in LA with his loving wife and two cats, who keep him honest.

Sam grew up in a creative household in small-town Germany and moved to London at the age of 19, where he studied acting at the Royal Central School of Speech and Drama. As an actor he most notably appeared in the BAFTA-winning “Nuremberg – Goering’s Last Stand”, but soon moved to playwriting to follow his passion for telling comedic stories with LGBTQ+ themes.

His play Public Property ran at Trafalgar Studios in the West End and earned him a 2010 WhatsOnStage Award nomination. In the same year Sam co-wrote and presented the acclaimed Channel 4 documentary First Cut: The Other Michael Jackson (about his father singer/songwriter Mick Jackson), which started a move towards film. Since then he has written and directed six short films, as well as worked as a MoCap Performance Director on the 2018 VR film Lucid, which premiered at the Venice Film Festival.

His latest short Clothes & Blow screened at over 20 festivals, won 4 international awards and was released by Peccadillo Pictures as part of Boys On Film 21: Beautiful Secret on DVD/BluRay and via Dekkoo on Amazon Prime worldwide.

– Winner –
Intern of the Year by Scott Wagner 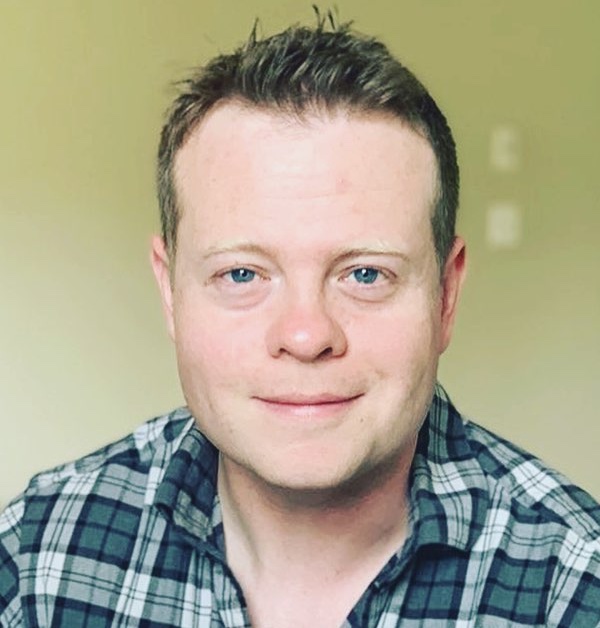 Scott Wagner is a writer who also happens to perform spinal surgery during the day, and sometimes at night too. He hails from the farm region of southeastern PA and spent his homeschooled childhood directing his siblings and cousins in a whole lot of movies he made up. Dr. Wagner’s poetry and short stories have been published in university newspapers, literary magazines, as well as national magazines and even medical journals (1). He has published two books, and since deciding in 2021 to actually write down his movie ideas, has had scripts place at Austin Film Festival, Final Draft Big Break, Screencraft Comedy and now Script Pipeline First Look. He hopes to continue contributing to the inimitable art that is screenwriting in 2023 and beyond. 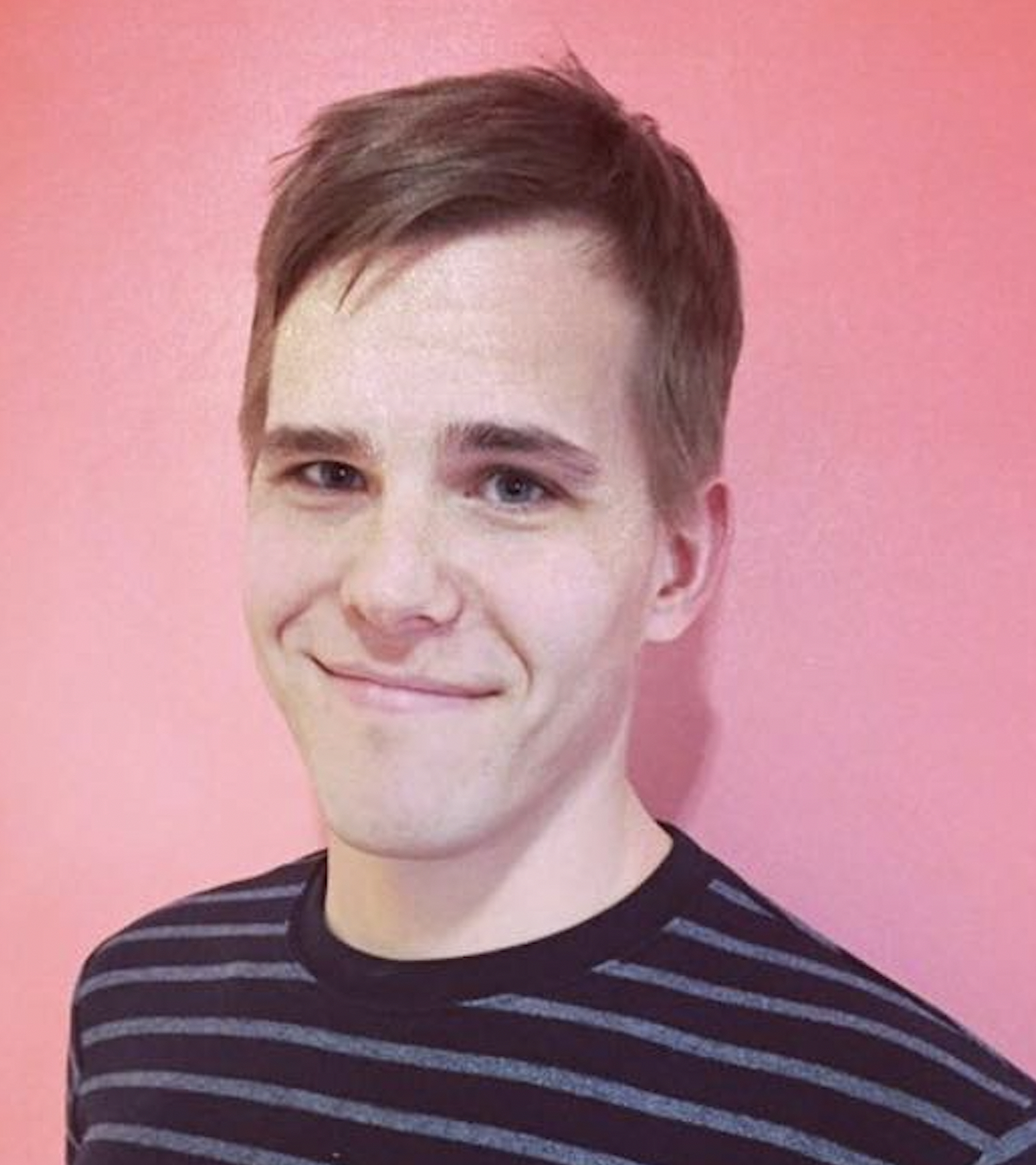 Travis Carr is a writer/director with a decade-plus career as a story producer and editor for nonscripted television and documentaries (on the primetime Emmy ballot 2022). He pulls from his lived-experiences, world travels, and knack for fact-based storytelling to write wry character dramas based on true stories, adaptations, and research-heavy subjects. Growing up poor in rural Maryland, his writing focuses on underdogs, forged families, trauma, and blue-collar issues.

He’s earned accolades from top fellowships, earning his participation in the WGA East Nonfiction Showrunners Training Program and CannesFilms Unlimited Screenwriting Residency. He has also been a Finalist for the Black List/MGM Feature Partnership, Orchard Project Episodic Lab, JHRTS Screenwriting Competition, and Black List Feature Lab, Semifinalist in PAGE, Quarterfinalist in the Academy Nicholl, and Second Rounder in Austin Film Festival. His short films have played at film festivals worldwide, from Cork, Ireland to Berlin, Germany, to the Museum of the Moving Image in New York City. 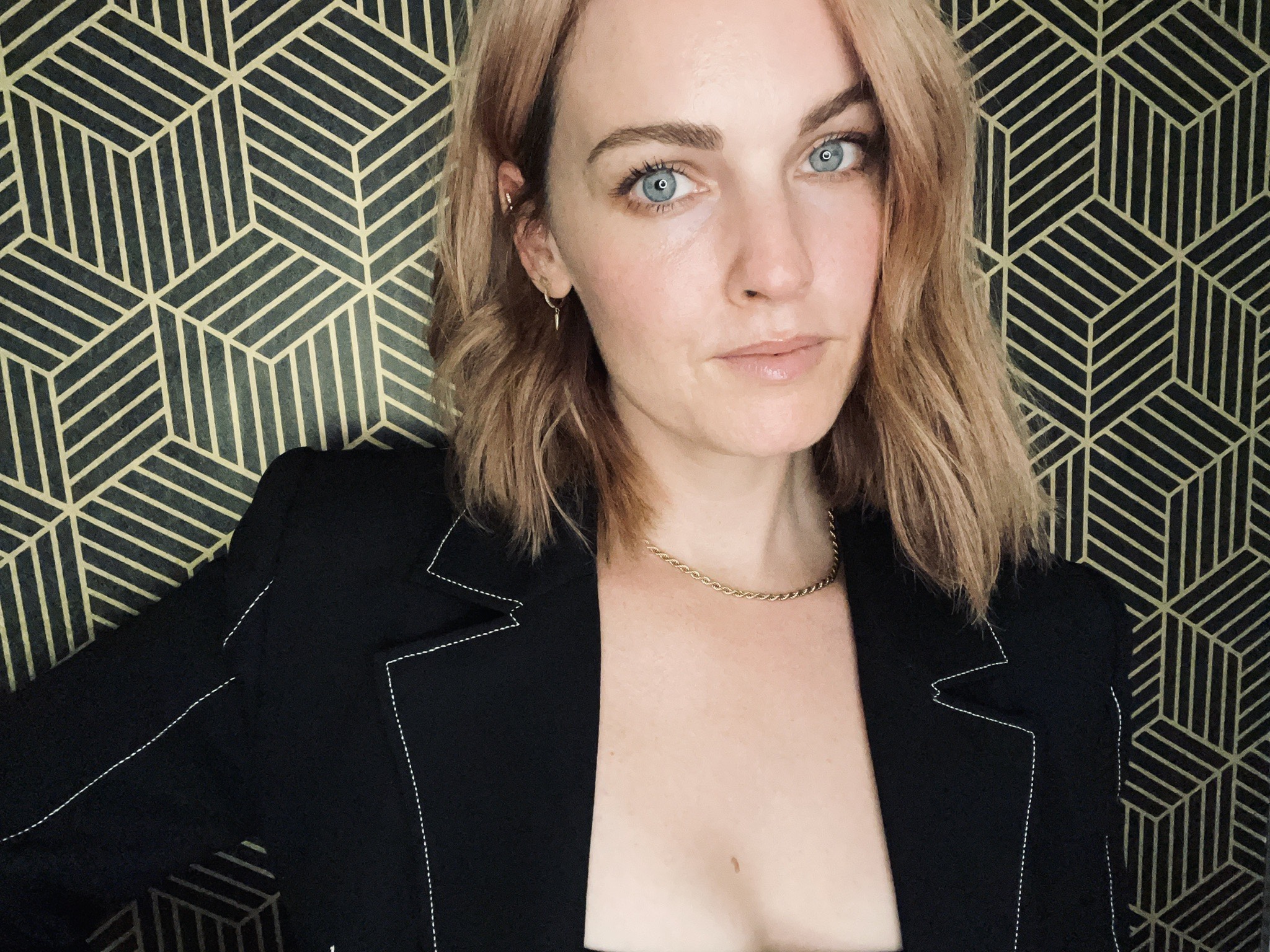 Cat spent her entire childhood in character of one kind or another. When her first grade teacher assigned the class a whole school year of journal entries, Cat wrote in hers from the perspective of an alien sent to Earth to study human beings. In a way, that’s what she’s still doing to this day. Currently, Cat is in development on her original TV series JEALOUS with Dynamic Television. 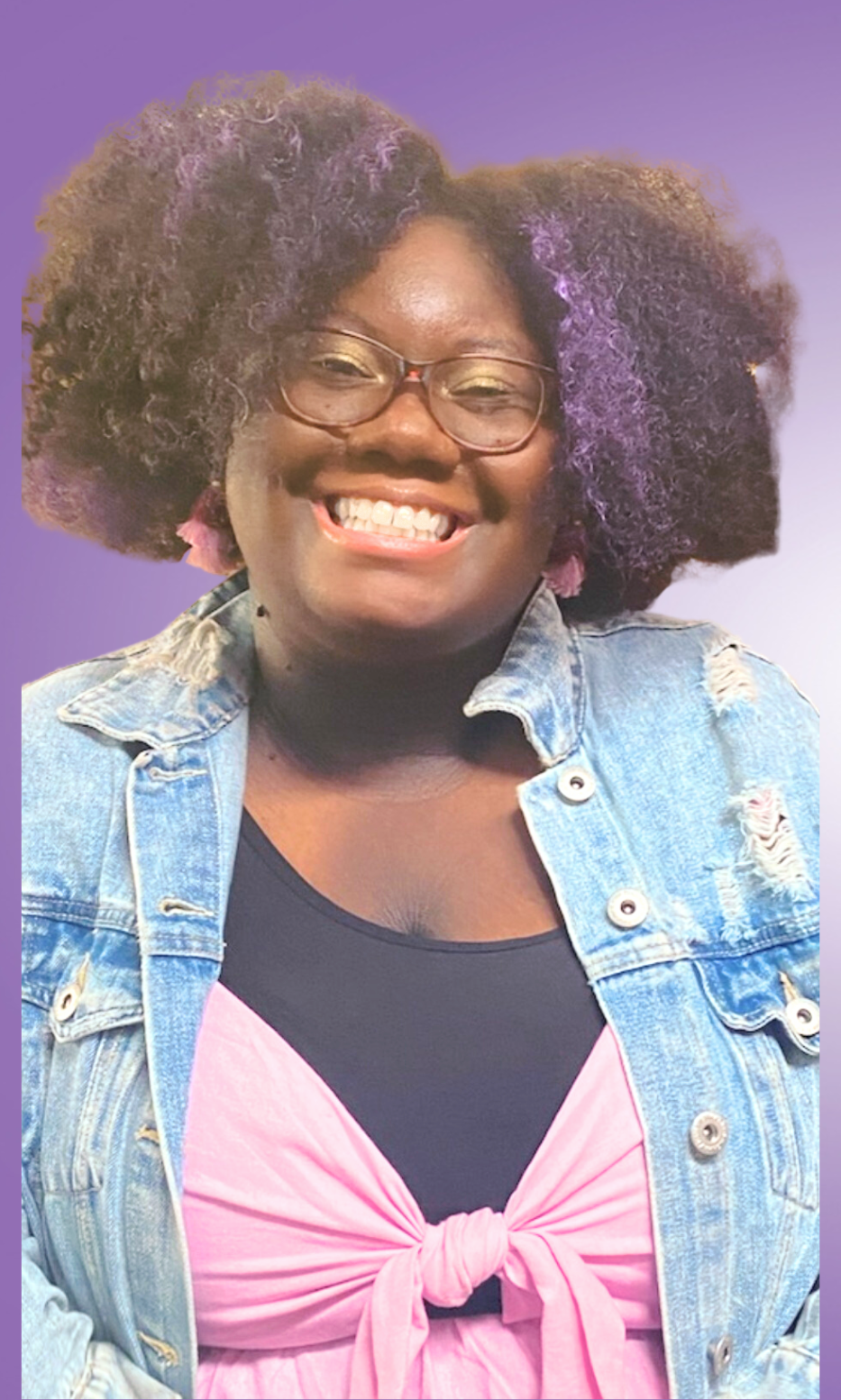 Her work emphasizes that Black people, POC, and women do not live one monolithic story. Therefore, Sheriden’s characters can survive and lead a dystopian society, be Femme Fatales, and even fall in love while filling out their jeans. You can find her lost in the genre world conceiving fantasy and horror features or at Activision Blizzard championing DEI in the gaming industry. 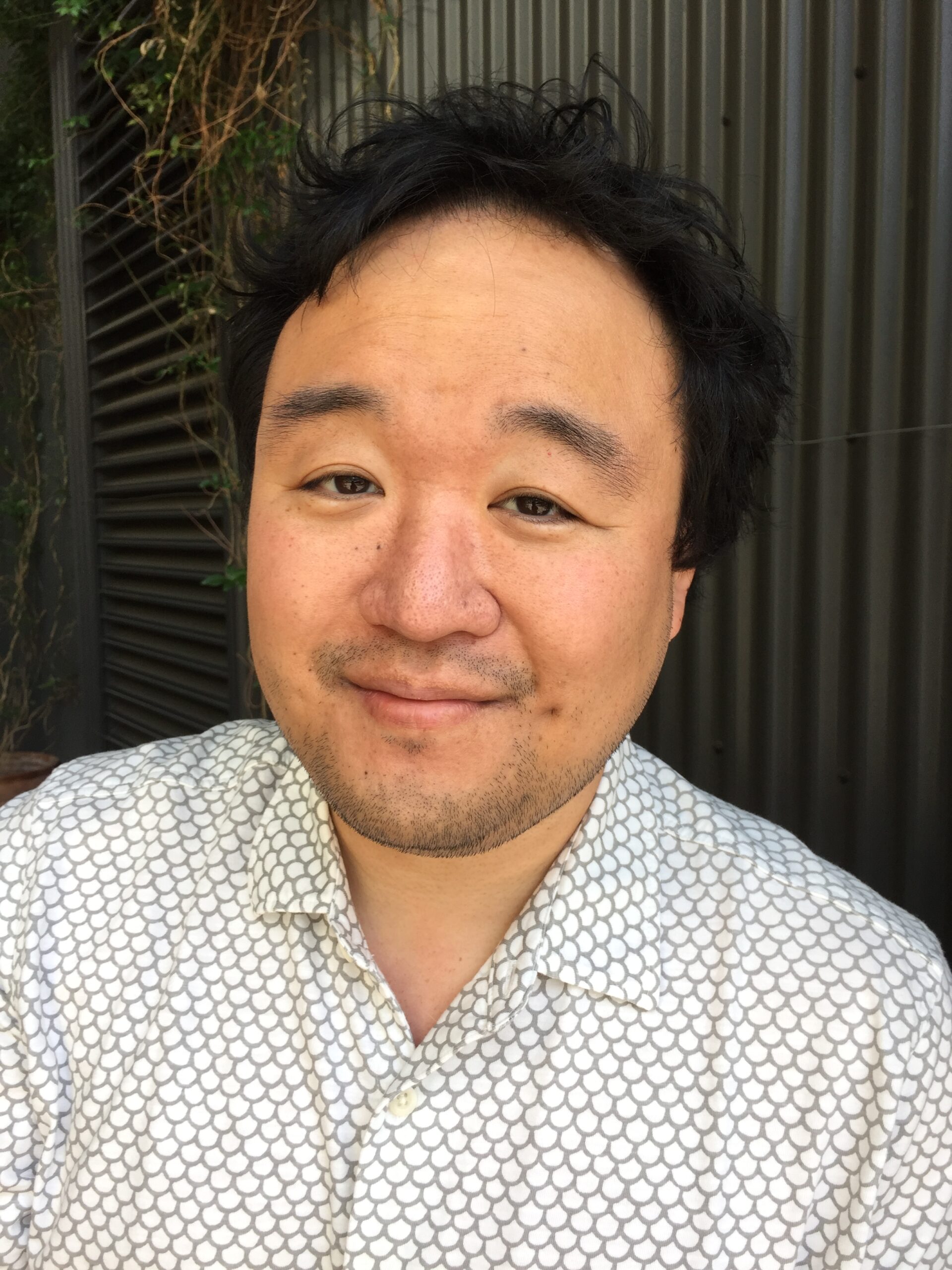 Ben Kim is a television writer living in Hacienda Heights, California with his fiancee and two dogs, Dill and Pickles. After graduating from Emory University, where he once held the school record for the hammer throw, he went on to receive an MFA from the FSU Film School. Ben was previously a writers’ assistant and a writers’ production assistant on Ava DuVernay’s Queen Sugar. Most recently, he was selected as a fellow for the Giant Leap Media Accelerator where his pilot was optioned. Ben tends to write subversive one-hour dramas that amplify Asian Americans, but when he’s not doing that, he’s cooking, biking, or playing golf badly. 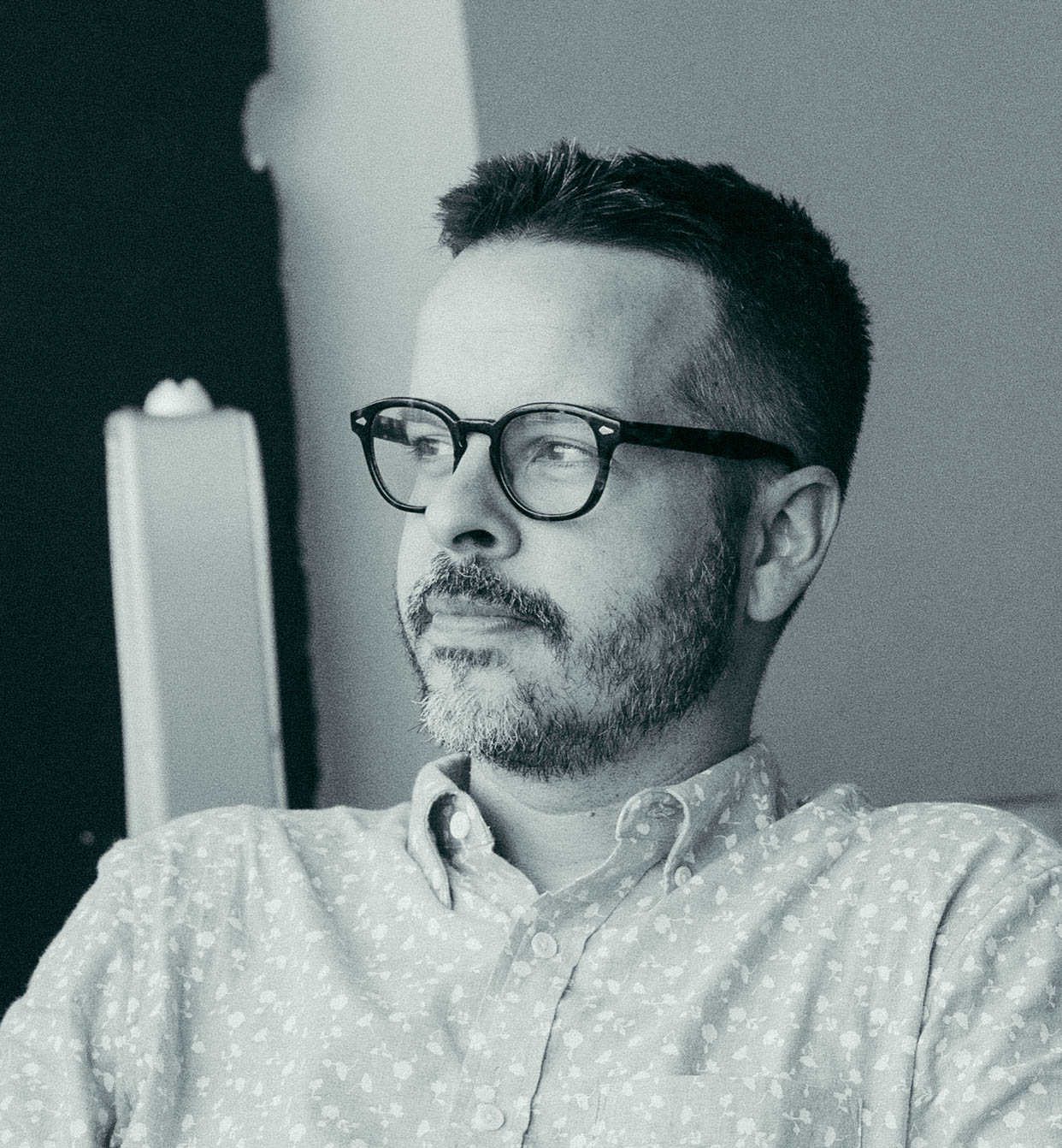 Originally headed for the theatre, Chris Muir took a detour after getting his BFA in Acting and picked up a camera instead – working for years as a photographer and cinematographer in his hometown of Toronto, Canada. His segue into directing capitalized on his mutual love for both visual and performance-based content – with an eye for a good frame, and a passion for working closely with actors. His Escape Series was recently chosen as featured artwork on the Samsung Frame, and hung in the Louvre.

Chris is currently represented by Radke Films in Canada, and lives in Toronto with his wife and three kids. 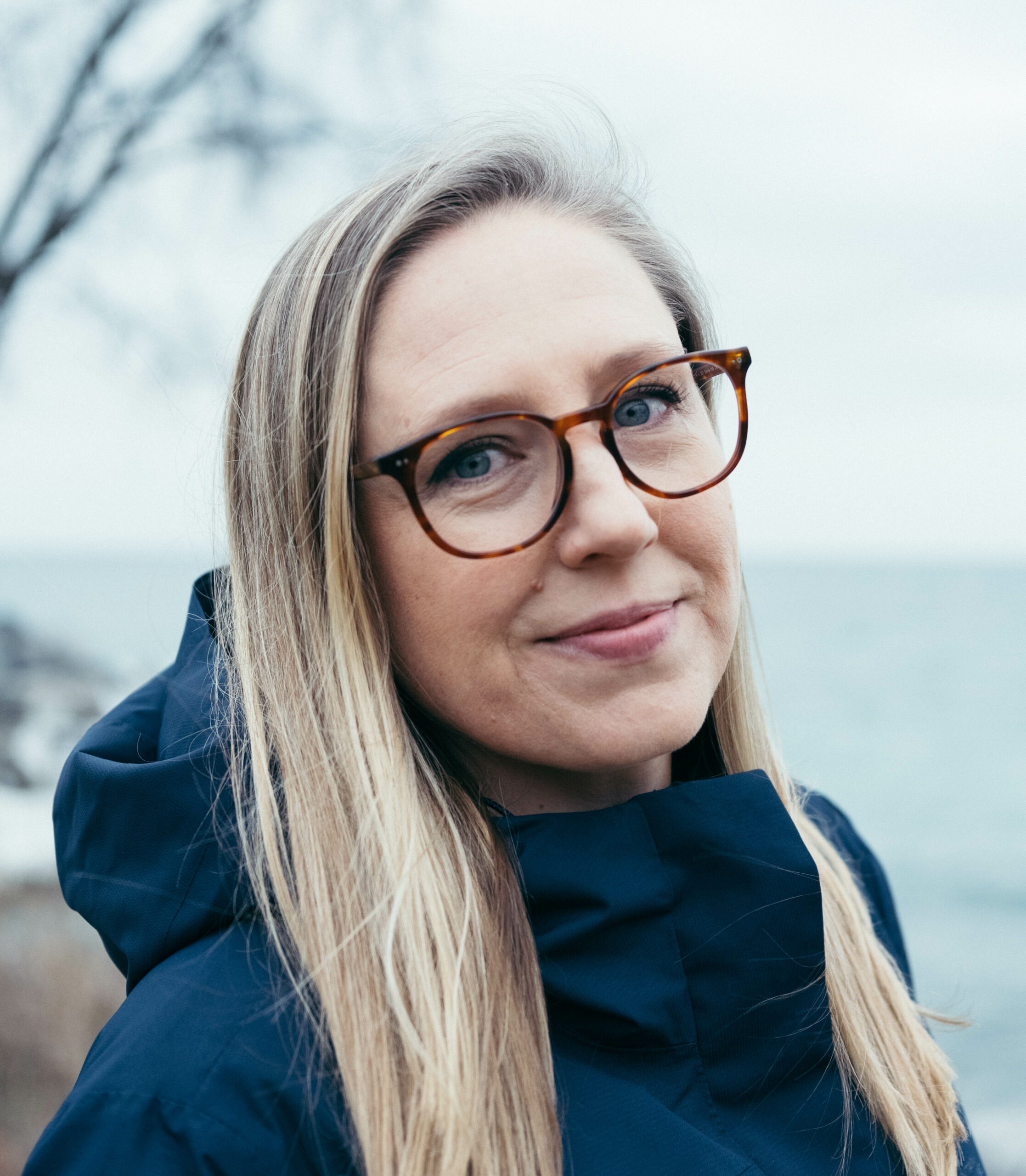 Neale Kimmel is a film and TV writer based in Toronto. After earning a BFA in Acting, Neale transitioned from performing to writing and producing plays with the goal of fulfilling a creative compulsion. Her curiosity for the craft and desire to develop captivating stories and complex characters brought her to the world of film and television. Neale has since proven herself to be a versatile writer capable of tackling a wide range of genres and formats, with writing credits in animation and live-action kids TV, Christmas movies and most recently, a murder mystery for the Hallmark channel. 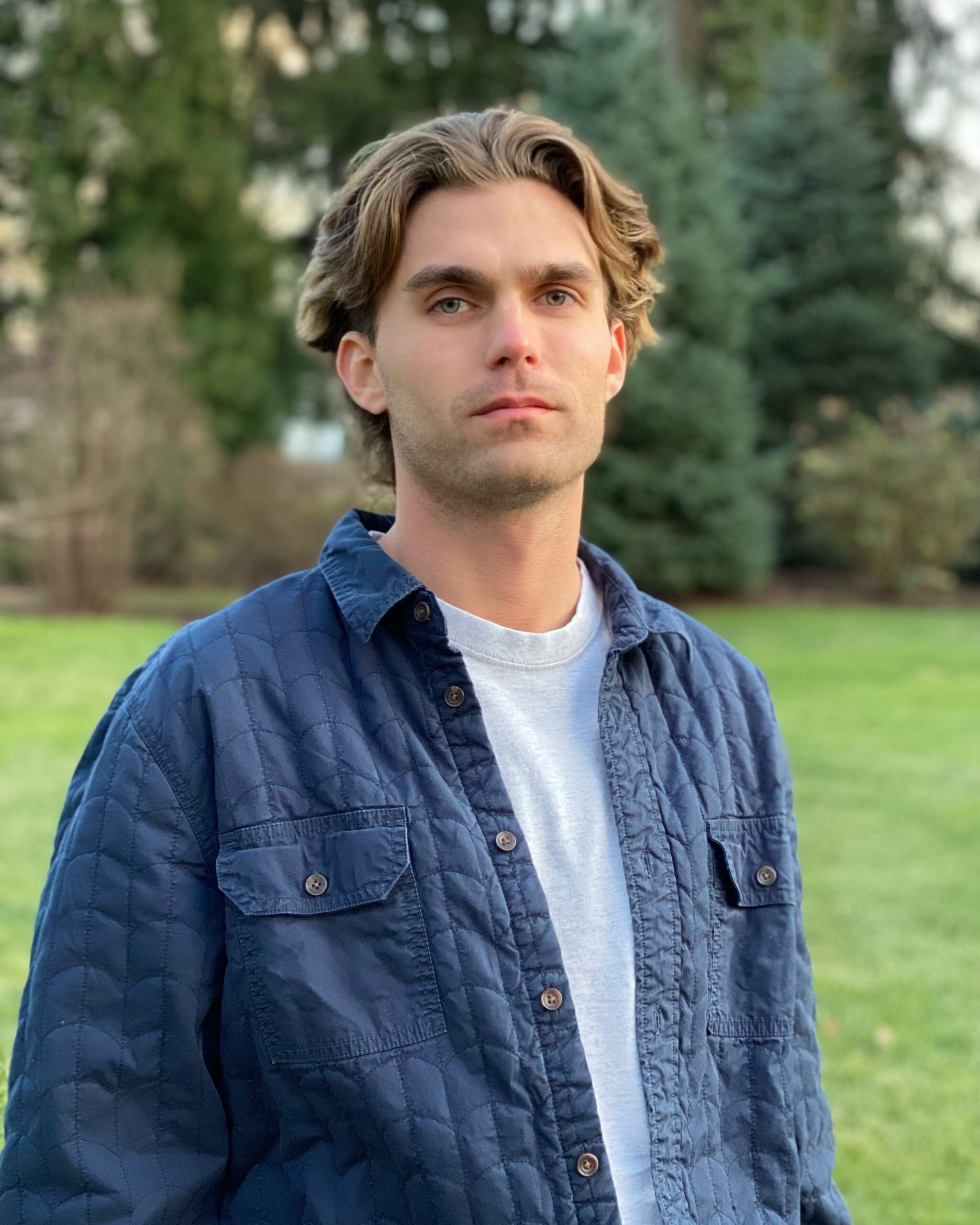 Drew Vollmer is a writer and performer currently based in Los Angeles. He grew up all over the map, from St. Louis to Toronto, Boston, and Philadelphia, so the question of “where he’s from” never gets a short answer. In 2018, Drew graduated from UNC-Chapel Hill with a double major in Communication Studies and Peace, War, & Defense. For four years at North Carolina, he performed and wrote with False Profits, the premiere standup, sketch, and improv troupe on campus.

Since settling down in Tinseltown, Drew interned with the show It’s Always Sunny in Philadelphia, and now earns his keep as a PA for production offices and writers’ rooms— Most recently on That ‘90s Show for Netflix. His writing hopes to highlight stories that satirize the complexities and contradictions of our overconnected modern world. Sidesplitting stuff, I’m sure.

In his off time, you might find Drew shredding on his rollerblades down the sidewalks of Van Nuys, and by that he means trying not to fall while the neighbor’s Pomeranian chases him. 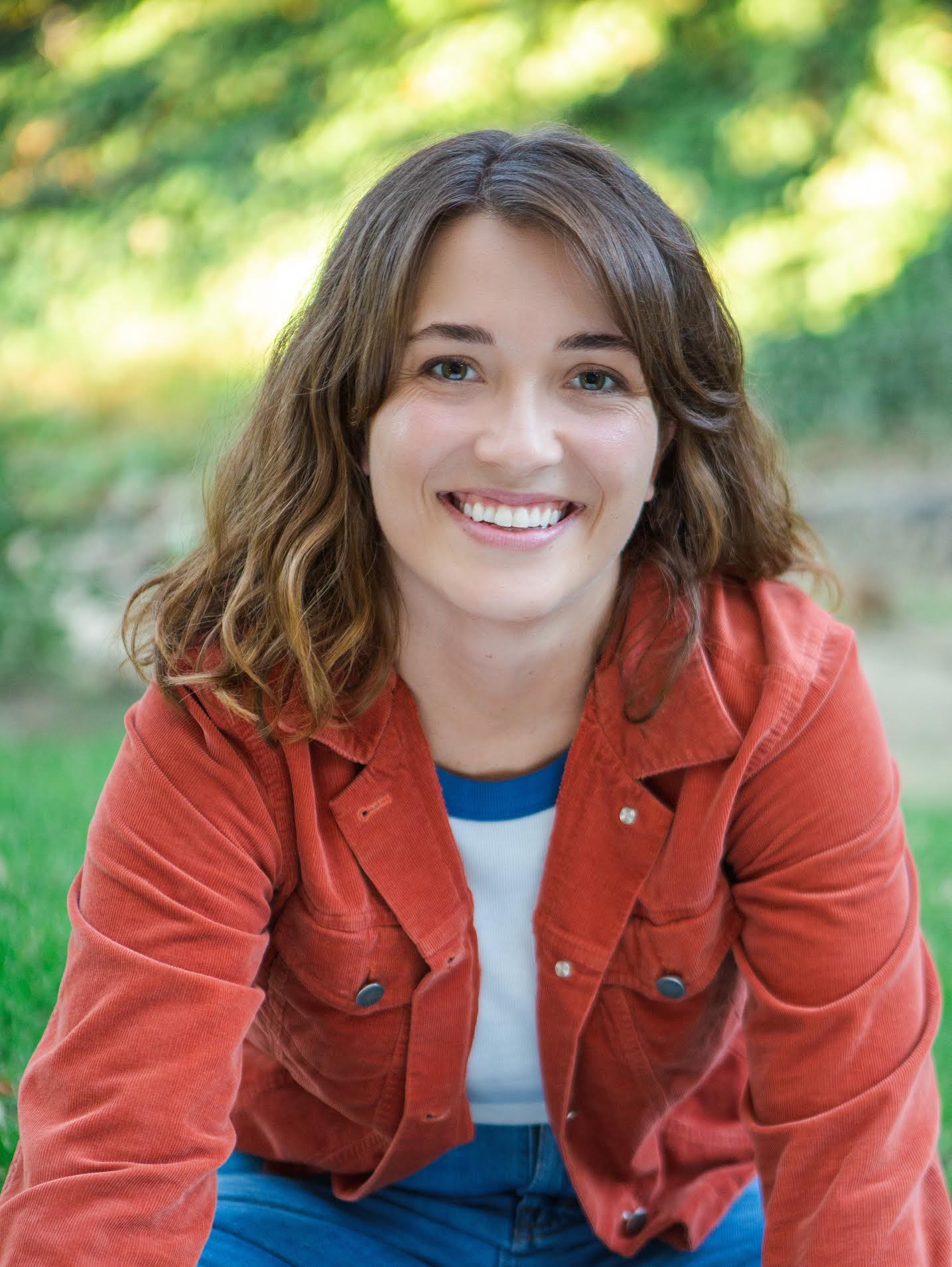 Anna Hughes is a writer and performer from the coast of North Carolina. A lifelong fan of sketch comedy and half-hour sitcoms, Anna’s work follows big characters in bizarre worlds. In addition to writing larger-than-life women, Anna loves to play them as well. She can be seen performing with The Groundlings Sunday Company in 2023.

In recent years, Anna has worked as a Writers’ Assistant (Apple TV+), Showrunner’s Assistant (Netflix) and Development Assistant (Fox). That being said, she knows the Mendocino Farms menu like the back of her hand.

Anna graduated from UNC-Chapel Hill where she double-majored in Dramatic Art and Communication Studies, and minored in Writing for the Screen and Stage. This is her first time placing in anything, and she thinks that’s very cool.