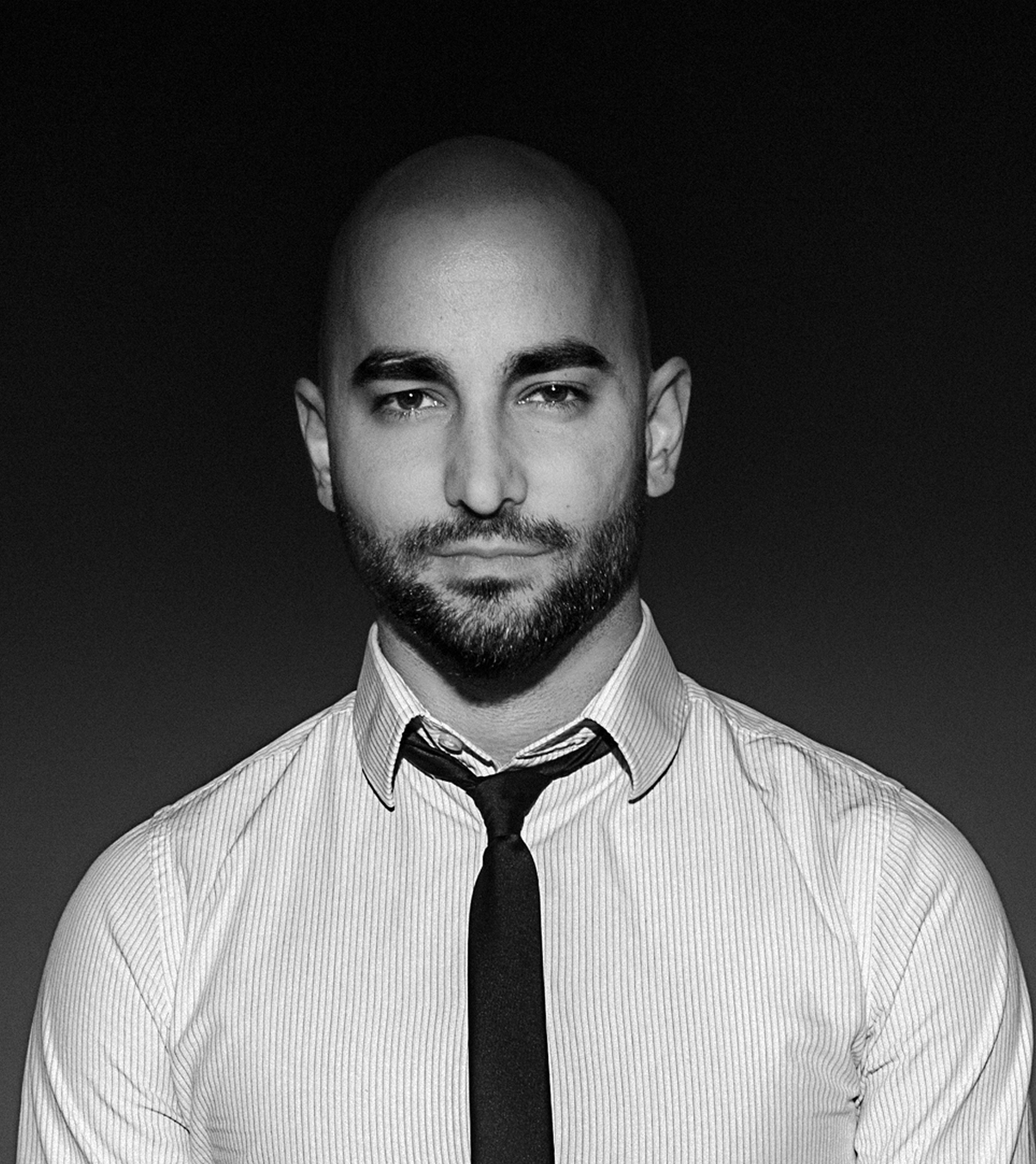 Sev Ohanian graduated from USC’s School of Cinematic Arts in 2012, and has been a producer on 7 feature films since, including his first film: Fruitvale Station which won the Grand Jury Prize at Sundance 2013. He’s also produced short form content such as the Google Glass spot Seeds (directed by Aneesh), which received worldwide acclaim.

He was named in 2014 one of the 11 Innovators Changing Hollywood by The Wrap, alongside Angelina Jolie, Jimmy Fallon, and other high-profile industry names in film and television. Currently, Sev serves as an adjunct professor at USC.

Aneesh Chaganty (USC ‘13) is a writer and director whose most recent work, a Google Glass spot called “Seeds”, became an internet sensation after garnering more than 1 million YouTube views in 24 hours. Following its success, he was invited to join The Google Creative Lab in New York City for a year to develop commercials and help run the Google brand.

In 2015, Chaganty was awarded the prestigious Future of Storytelling Fellowship, given to only five creatives around the country “who have demonstrated a fearlessness to tell stories in unconventional ways” and whose works “will be instrumental in shaping the future of storytelling.” 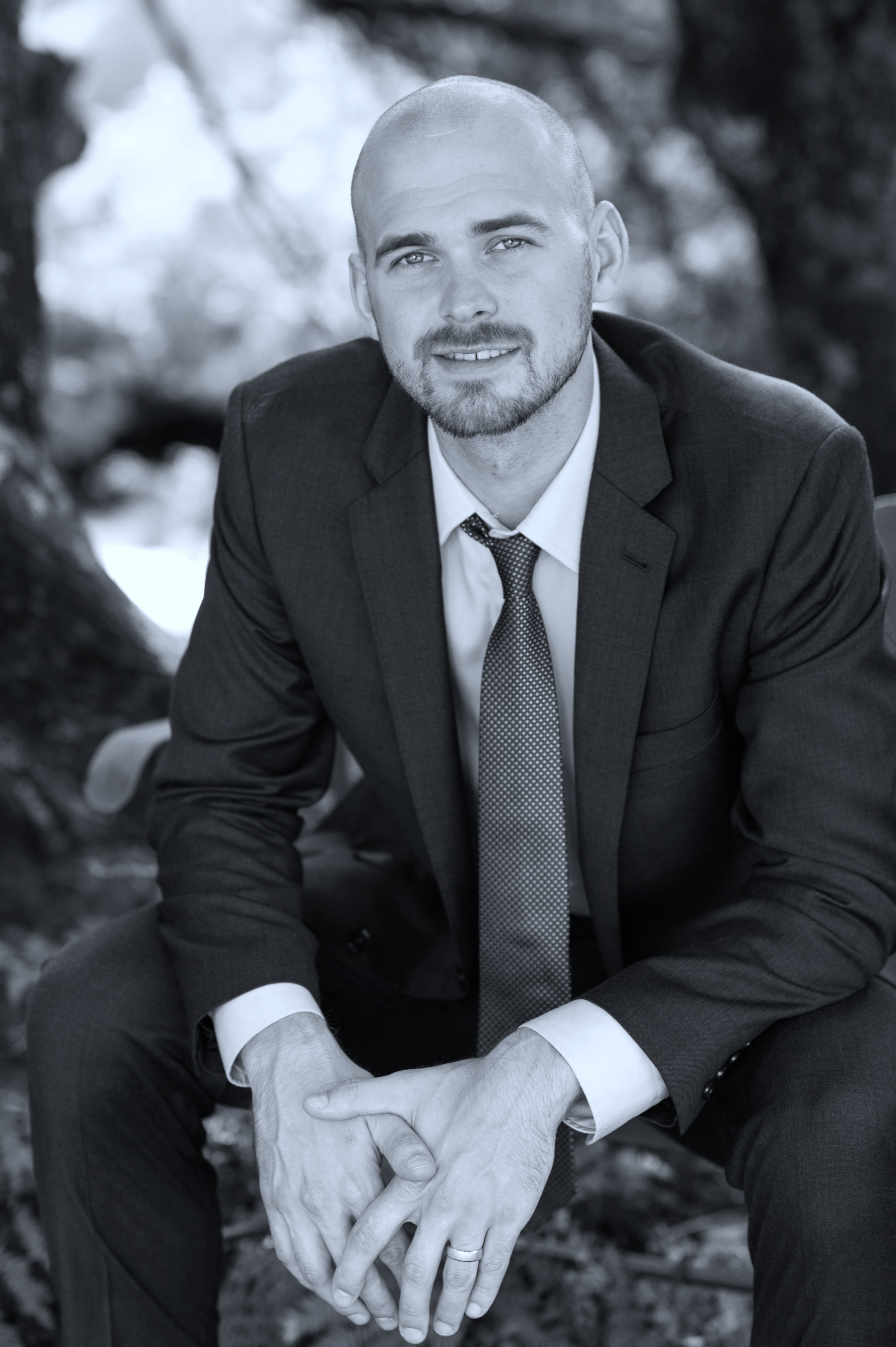 The Chamber by Cord McConnell – Winner

Cord McConnell has been writing scripts and falling in love with stories since he was a child. Now he’s fortunate enough to be doing it on the world’s biggest stage.

Shortly after graduating from Florida Gulf Coast University, Cord got into his car and headed out to California. He spent the next few years learning the craft of filmmaking, working on the sets of films and TV shows. Valuable experience was gained watching over the shoulder of Spike Jonze on several of his productions. Cord continued to write over this time and fine-tune his craft. He approaches each new script with a “fire plus algebra” mindset, and his favorite films are the ones with bittersweet endings employing the full palette of emotions. 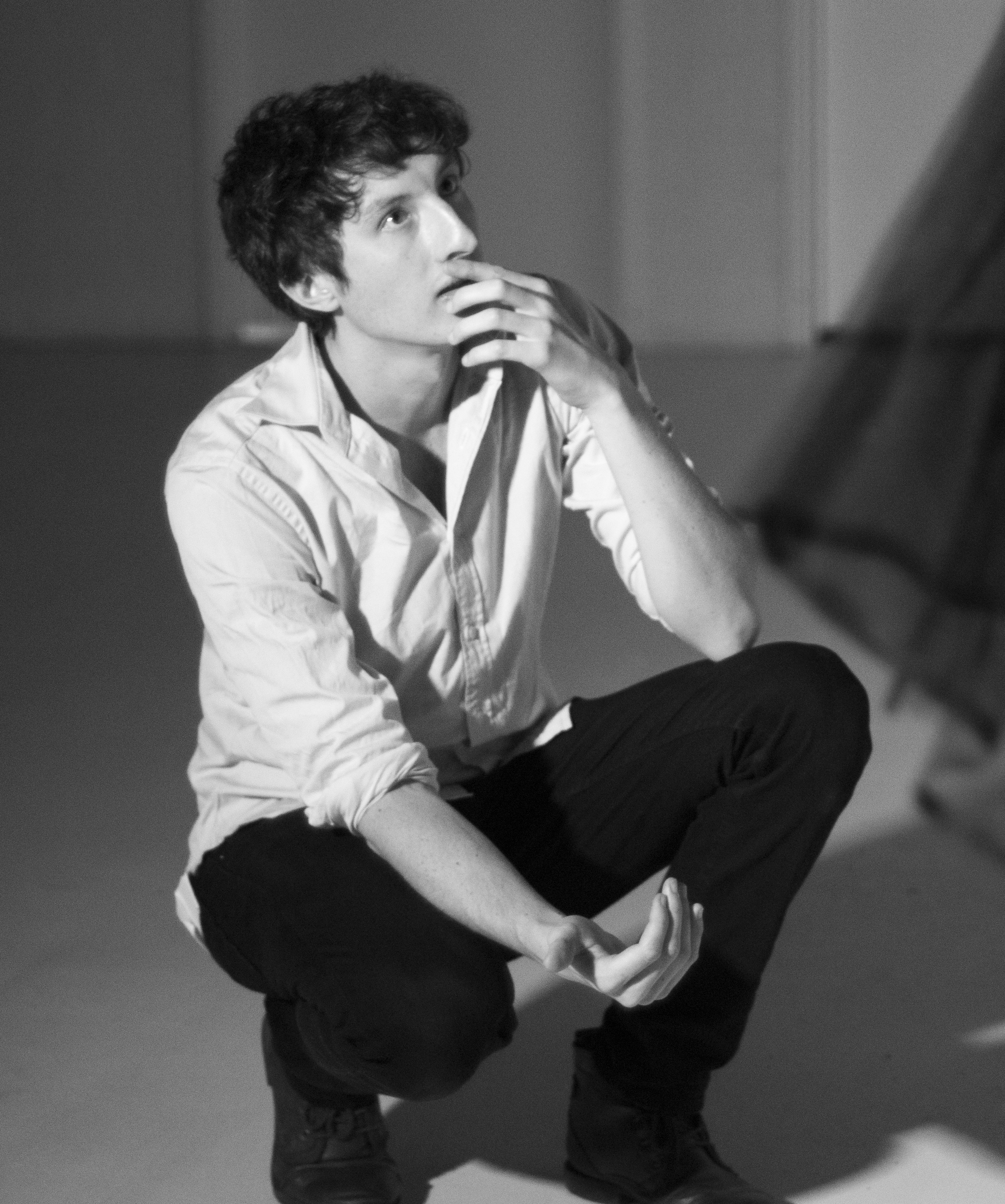 The Consultant by David Fairhurst – Winner

David Fairhurst is an award-winning filmmaker who has been making films since he was eight, shooting spy thrillers and sci-fi “epics” in his backyard with a group of very patient friends. After working as a professional film and stage actor for six years, David attended the International Film School Sydney to train further as a writer and director.

His short films have won awards at festivals worldwide and screened at genre events, such as the 2014 San Diego Comic-Con. 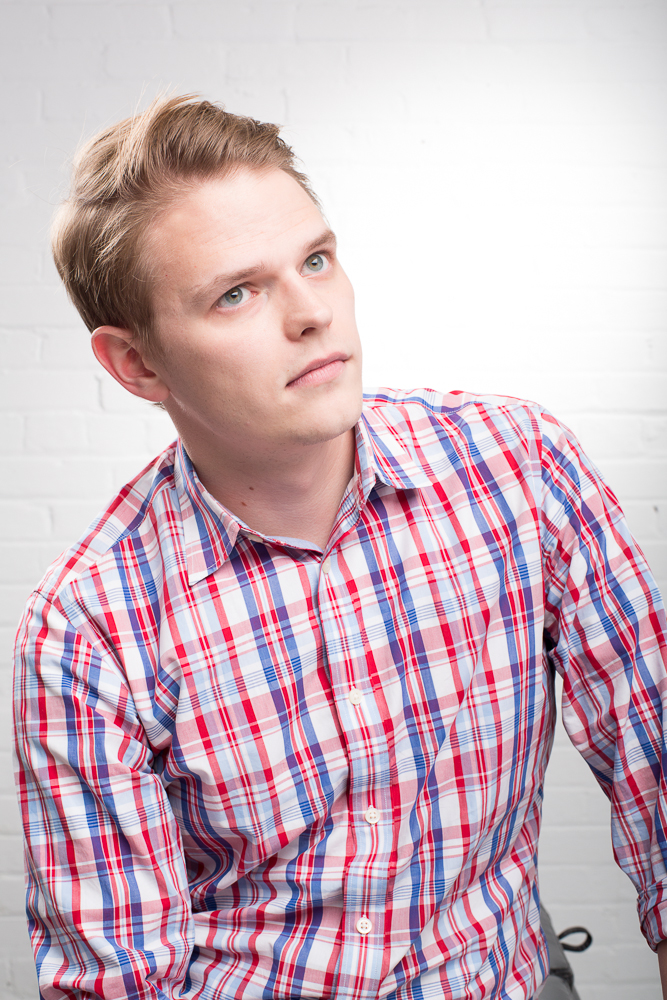 He’s written multiple shorts, sold two work-for-hire features and, in addition to winning the Science Fiction/Fantasy category of Script Pipeline’s 2014 First Look Project, he was also the recipient of the first-ever Canadian Independent Screenwriting Fellowship, which is presented by TIFF, producer Martin Katz, and The Black List.

He’s also performed standup and sketch comedy in many scary bars across Canada.

Stephanie Bousley is originally from St. Paul, Minnesota and San Francisco, California. She is a graduate of the NYU Tisch School of the Arts and holds an MFA in Film Production.

Initially entering Tisch as a comedic screenwriter, Stephanie experimented with writing and directing mockumentary shorts: specifically, I Make T-Shirts, which showcased a sadistic t-shirt slogan author verbally abusing his exchange student intern. Stephanie then produced a series of NYU thesis films in Nepal, the Philippines, and India, raising over $70,000 in various campaigns, one of which featured CNN’s Hero of the Year (2010), Nepalese anti-sex-trafficking advocate Anuradha Koirala.

After feature film development internships for Los Angeles and New York production companies, Stephanie moved to Singapore to work for a hedge fund. She is actively developing her screenplay portfolio, currently focusing on serial television drama.

Diary of a Jesuit (horror/thriller) by Arthur Fishel III – Winner

Arthur originally hails from St. Louis, Missouri. Always an avid moviegoer, he began his foray into this medium with short films and documentaries when he was given iMovie as a teenager. Wishing to pursue film as career, he moved to Southern California and graduated from Chapman University.

As a filmmaker, Arthur has been mentored by such illustrious artists as John Badham and Jeff McCracken and has worked for such companies as Laura Ziskin Productions (Spiderman) and Imagine Entertainment (A Beautiful Mind). Arthur’s first film that he wrote and directed was the short James Warwick. Following a strong run in the festival circuit and a few awards, it garnered Arthur a job managing and directing infomercials, videos, and web content in Orange County. From there, he began to expand his portfolio of feature screenwriting. Arthur currently writes freelance and works on sets in and around Los Angeles. 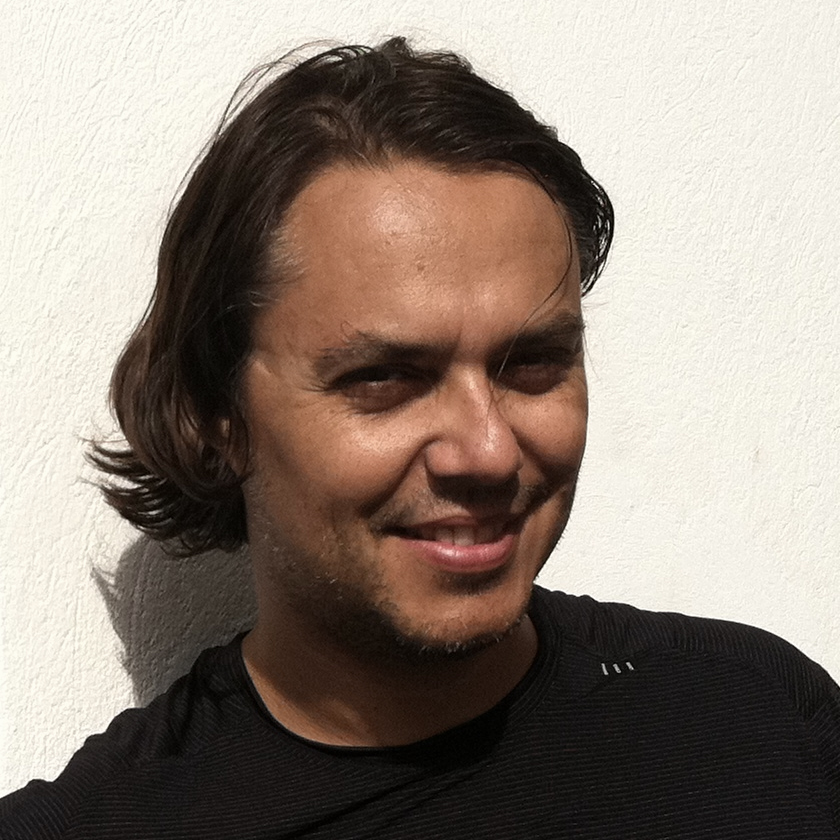 David Levy is a leading international concept artist. He studied industrial design and architecture in France and the Netherlands respectively, and is currently working in Los Angeles as senior concept artist in the movie and videogame industry. He has worked on the major motion pictures: Tron Legacy and sequel, The Thing, Prometheus, Ender’s Game,  Lazarus, Tomorrowland, and the Avatar sequels. His interests and unique skills in video gaming, film and industrial design make him a sought after expert in his field. He then launched his directing career, writing, directing and producing the short film Plug, released in 2014.