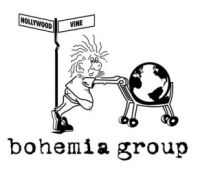 “We are thrilled to be working with the whole team at Script Pipeline,” said Bohemia CEO Susan Ferris. “They have quickly proven to be an extremely valuable resource for solid material and incredible writers. While these two projects could not be more different from one another, they meet the standard of quality, entertainment value, and unique voice that we at BGO are looking for.”

The option agreements come on the heels of Script Pipeline ramping up industry network expansion in 2016. Bohemia was one of several new contacts made by Senior Executive Matt Joseph Misetich

“After speaking with Bohemia, we felt their gameplan toward production matched up very well to the type of scripts we champion–a strong focus on storytelling, fresh concepts, and diverse voices,” Misetich said. “The fact these writers have been so great to work with over the last several months should be an encouraging sign moving forward.”