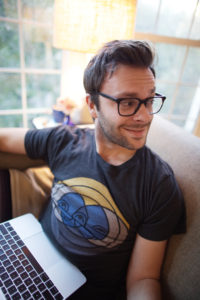 Rob Rex is a screenwriter from Telluride, Colorado — which is important, because it says a lot about the influences that shape his writing.

Known to most for its world-class skiing, extreme sports, and year-round festivals, Rob has found (or was born with) a particular fascination with Telluride’s Wild West history of bank robbers, outlaws, miners, and bootstrappers. But there’s more to it than that. The dramatic peaks and vertical cliff faces — formed over millennia and blanketed by a night sky so dark that you can see the Milky Way with your naked eye — evoke grander schemes and otherworldly muses. Thus, both history and science-fiction intermingle in much of Rob’s work.

Rob has won a number of awards for his writing. His dual wins in Script Pipeline’s First Look Project (Action/Adventure and Sci-Fi) mark the first time in competition history that a single writer has won with two different screenplays in the same year. Rob has also won Silver and Bronze PAGE awards, two second place wins at the Cinequest Film Festival, two Top 3 placements at the Austin Film Festival, and a Semi-Final placement in the Nicholl Fellowship. 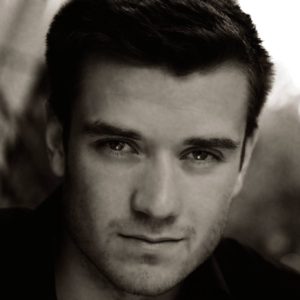 Zac Kish grew up as a military brat, bouncing from town to town, country to country, experiencing glorious adventures ranging from fishing for piranha in the Amazon to this one time he got e-coli at the bottom of Peru’s Colca Canyon and threw up on the donkey he was riding out of the valley and it got on him and it got on the donkey and it got on the guide and it was awkward and gross and pathetic and they still had like three hours to go and he still kinda feels bad for the donkey.

Zac’s writing is animated without animation… buoyant, at times over-the-top,  genre-bending, nostalgia-satisfying, dash-filled comedy that maintains the heartfelt qualities of animation within live-action. Growing up on Disney musicals, anime, superhero comics, and stop-motion Christmas specials, Zac still loves classic heart, cartoons, and innocence… then totally corrupting it with his own adult baggage.

Murder Me by David Luz – Finalist 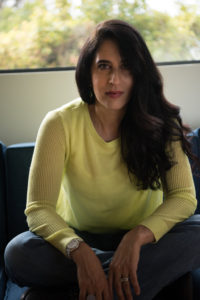 Lisanne Sartor gained notoriety early in life for: 1) Calling her fourth-grade teacher a female chauvinist for not letting girls play kickball with boys (a clear outrage). 2) Giving impromptu sex-ed seminars to her fifth-grade cohorts using Judy Blum’s classic FOREVER as her textbook (how proud were Sartor’s parents? Surprisingly, not very). 3) Calling her eighth-grade teacher a bitch for unfairly penalizing a fellow student for talking when in fact, Sartor was the culprit. (The vice principal told Sartor that, while he shared her opinion of said teacher, Sartor would be wise to keep such future opinions to herself. She never quite learned that lesson.)

Though Sartor seemed destined for a life of activism and politics after graduating from Yale, she instead moved to Los Angeles and became a Directors Guild assistant director via the DGA Training Program (a girl’s gotta eat). This career path made sense considering the fact that Sartor’s New Jersey Italian family’s favorite adage is: “If you want to play with the big dogs, you can’t piss like a puppy.” Being an assistant director is a tough, physical, “big dog” job and Sartor was damn good at it. But after seven years, she had a bad back, nerve damage in her feet and a Biblical appreciation for caffeine. It was time to figure out what kind of dog she truly was. She quit ADing to write screenplays and has never looked back.

Sartor subsequently got a UCLA MFA in Screenwriting, had one of her original screenplays made into a Lifetime MOW, worked on projects with various production companies, and since 2006, has helped run CineStory, a screenwriting non-profit dedicated to developing emerging screenwriters through mentorship and writers retreats.

She’s also an award-winning director who got her start at the prestigious AFI Directing Workshop for Women. Her short films have screened all over the world at wonderful festivals like Telluride and Cannes. She most recently participated in the AFI/Fox Bridge Program for Directing. She’s in the financing/casting stage of her first feature and is prepping her sixth short. She doesn’t sleep much. 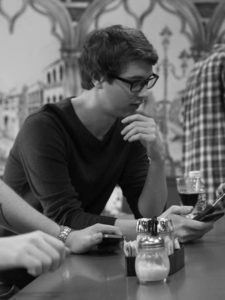 Joe Hemphill is a writer currently based in Boston, MA. Originally from the Midwest, Joe left his hometown and went south to begin his career in filmmaking, attending Watkins College of Art in Nashville, TN. Here he wrote several award-winning shorts, including his acclaimed World War II film Springtime, which premiered at the Nashville Film Festival and was selected to screen at the historic Belcourt Theatre downtown. Following his stay in Music City, Joe decided to further his education at Boston University, gaining acceptance into the MFA in Screenwriting program where he is currently finishing up his master’s degree. His pilot script Can-Am recently won the Brinkerhoff Television Pilot Contest in 2017.

Along with writing, Joe has participated in over twenty-five short films and features, filling every role imaginable, including director, AD, producer, UPM, and production designer. He is a huge proponent of independent cinema and the Boston film scene. His screenplay The Christmas Party is currently in pre-production, and several others are out for finance/directors in New York and LA .

The Ones Who Stay by Jef Burnham – Finalist 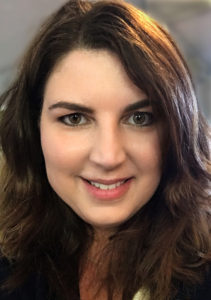 A first-generation US citizen born and raised in Silicon Valley, Heidi was destined for a life working in technology. She took that route and worked as an analyst in several industries. Then a friend told her about a brand new company where they rode scooters in the hallways and watched movies. Despite her lack of scooter proficiency, the movie thing was a huge draw. That company turned out to be Netflix. She spent several years there, first as an analyst and was later promoted to product management. After taking a weekend course in writing for television, Netflix founder Reed Hastings would often remark to her “that’s going in your screenplay!” Heidi thought Reed might be onto something.

Heidi is also a graduate of the UCLA Professional Program in Screenwriting and the UCLA Professional Program in Television Writing. Her main focus is character-driven, hour-long dramatic television. She is thrilled to be working with Script Pipeline and honored that her original dramatic pilot Silicon Curve was chosen as the 2017 First Look Project winner.