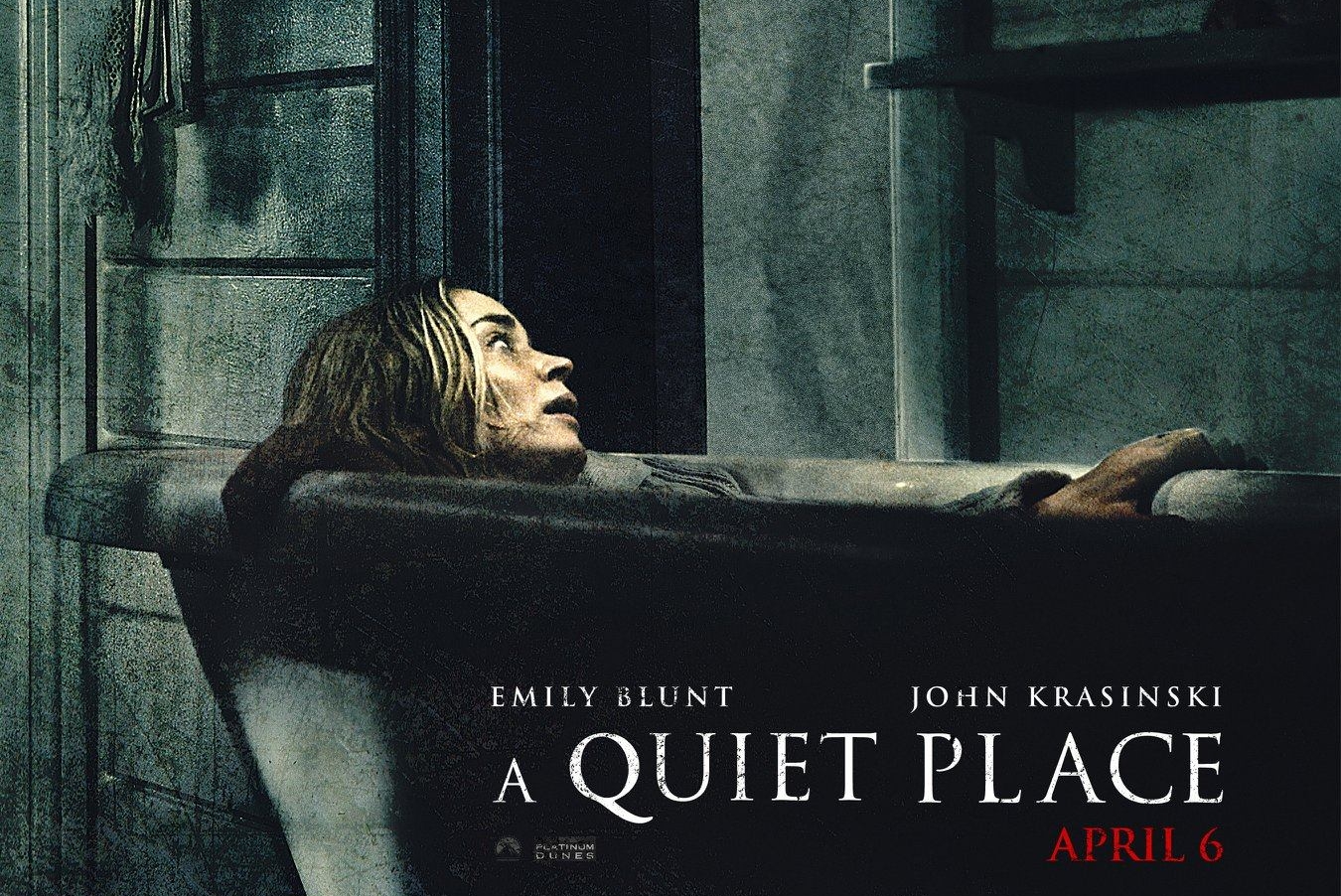 There’s no way around it: To make an effective horror or thriller movie, you need tension. Lots of it. (You also need characters the audience will care about, but that should be a given for any screenplay.) One of the classic horror set pieces is the killer stalking a potential victim, who then hides in the closet or in the bathroom or under the bed and struggles not to make a single sound. Dozens of movies probably just popped into your mind with that brief description. But what if that classic horror moment became the premise of an entire feature?

A Quiet Place, written by Bryan Woods & Scott Beck and John Krasinski and directed by Krasinski, makes that premise a reality. In the near future, Earth has been attacked by extraterrestrials and most of the world’s population has been wiped out. The catch? These aliens have ultra-sensitive hearing, so if you’re too loud—well, good luck with that. The result is ninety of the tensest minutes in film history. Suffice it to say, there’s a reason this movie became a surprise hit upon its release. (It holds 95% on Rotten Tomatoes and 84/100 on Metacritic, and it made over $300 million on a $20 million budget.)

One of the screenplay’s greatest assets is its willingness to ask what’s the worst that could happen. The answer: Make one of the main characters pregnant and have her go into labor early. How many birth scenes have you seen on film? And how many of them feature a woman who has to remain absolutely quiet or else face certain death? Yeah…. And it doesn’t help that once the baby’s born, all the newborn wants to do is cry.

Although this draft of the script is an earlier one (this draft is Woods and Beck’s spec script that caught Krasinski’s attention), the bones are all there. It’s a quick, electric read—because the story necessitates it, the script lacks much dialogue, so it comes in at a brisk 67 pages. It’s easy to see how the script attracted Krasinski in the first place, and why Emily Blunt (Krasinski’s real-life wife) agreed to star in it with him.

In recent years, horror movies have experienced a strong creative resurgence (see Get Out, Hereditary, Annihilation, and the Unfriended movies for some of the most recent ones). A Quiet Place undoubtedly earns a place on that list and will surely go down as bonafide classic in the genre. Read the script and see the movie. It’s a masterclass in effective cinematic tension.

Read the A Quiet Place Script