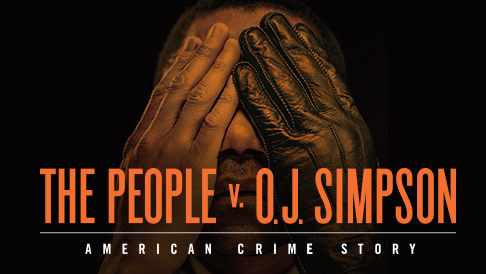 Pretty much everyone knows the O.J. Simpson story, and even those who don’t probably have an opinion. As one character says later in the series, “You couldn’t get away with this plot twist in an airport paperback,” and that line serves as a perfect encapsulation of the spectacle as a whole. From the Bronco chase to the fame-hungry witnesses, a racist LAPD officer, and Johnny Cochran’s infamous “if it doesn’t fit” line, the O.J. Simpson case had so many twists and turns that it might as well have been a soap opera. And for most, it was. The media coverage of the trial was unprecedented, with the Bronco chase and the verdict receiving huge television ratings (at least 95 million people watched each), and the trial all but created reality shows. But in the frenzy surrounding the case, people forgot why there was a case in the first place: O.J. Simpson in all likelihood murdered his ex-wife Nicole Brown Simpson and her friend Ron Goldman. And he got away with it.

So how exactly can someone respectfully tell this story without sensationalizing it, especially when everybody already knows how it ends?

Producer Ryan Murphy conceived of the show as a companion series to his American Horror Story, with Crime Story following a different true-crime story each season. For its freshman year, he took a backseat on the writing and enlisted Scott Alexander and Larry Karaszewski, writers of other excellent biopics including Ed Wood, The People vs. Larry Flynt, and Man on the Moon. Instead of just wringing entertainment from the soapier aspects, Alexander and Karaszewski focused on theme and chose to set the stage with a different, but nonetheless impactful, moment in L.A. history: the Rodney King riots. The archive footage reminds the viewer of the systematic racism undeniably displayed by the LAPD and L.A. justice system just years before these murders took place, and the riots cast a shadow over the entire miniseries, all the way through the verdict and its aftermath.

The pilot introduces many of the trial’s principle players, particularly Marcia Clark, Robert Kardashian, Christopher Darden, Johnny Cochran, Mark Fuhrman, and, of course, O.J. himself, and Alexander and Karaszewski start slowly building the themes the show will inspect, including race and racism, fame and celebrity, the ethics of media coverage, double standards in media coverage, justice, and sexism and misogyny. In particular, Sarah Paulson’s sympathetic portrayal of Marcia Clark is a standout and, along with David Schwimmer’s Robert Kardashian, becomes the show’s moral center—she’s a single mother going through a divorce while experiencing undue, unfair, and unrelenting media attention (ranging from jokes about her hair to a National Enquirer article that represents the nadir of tabloid “journalism”). The show as a whole succeeds in respectfully bringing the events to life and serves as a timely commentary on many issues that are sadly still relevant today, and that along with the focus on the behind-the-scenes lives of these now famous and/or infamous individuals breathes life into the series. But even with the exceptional social commentary, Alexander, Karaszewski, and Murphy (who also directs four episodes) still remember who this story is really about: Nicole Brown Simpson and Ron Goldman, who became secondary players in their own murder trial.