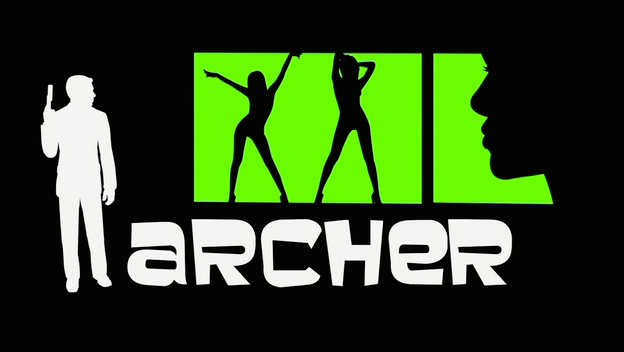 Take James Bond. Exaggerate all his negative traits. Turn his sexism, narcissism, alcoholism, egocentrism, bachelorism all up to eleven, add in a dash of Oedipus, and you’d get Sterling Archer.

Codenamed “Duchess” (the name of his mother’s deceased dog and the show’s original title), Sterling would be nothing more than an offensive 007 caricature in other hands, but creator Adam Reed deftly balances his protagonist’s not-so-appealing lifestyle by imbuing Archer with a strong sense of empathy and making sure the joke always lands on him. It also helps that Archer is one of the funniest shows on television. (Deservingly, the show has won four consecutive Critics’ Choice Awards for Best Animated Show and has been the only winner in that category since the award’s inception.) But despite inspiration from Ian Fleming, Archer never resorts to simple Bond parodies, and the show would work even if Bond never existed. The reason? Archer has the most unique comedic voice on television.

The show features an odd mix of lowbrow humor and highly intellectual references, an Adam Reed trademark he developed and perfected on the his cult Adult Swim series Sealab 2021 and Frisky Dingo. His current show, of which he writes and directs every episode, is the only sitcom that would dare reference “Bartleby, the Scrivener,” P.G. Wodehouse, or Lord Byron amid sexual and scatalogical jokes. What’s even more satisfying is that the crudeness doesn’t create a men’s only atmosphere: the (incredible) female characters are equal parts sexy and hilarious rather than the interchangeable supermodels populating the 007 universe. Also, the show’s world exists in an indeterminate, wildly anachronistic, Cold War-inspired time period with technology that alternates between antiquated and futuristic—often in the same scene. For example, a deceased-human-turned-reincarnated-cyborg leads the KGB, and a possible clone of Adolf Hitler (who bears no resemblance to him) has made a career out of being a mad scientist. Fortunately, this comes across as an idiosyncratic flourish rather than a hodgepodge of competing ideas, as if Adam Reed said, “This is the world. Deal with it.”

Bolstered by an exceptional voice cast (including Bob’s Burgers‘ H. Jon Benjamin, Arrested Development‘s Jessica Walter and Judy Greer, and Saturday Night Live‘s Chris Parnell), the show is a paragon of comedic timing. Pre-lapped lines propel the viewer into the next scene while serving as hilarious punchlines to the scene before. The jokes build on each other throughout each scene and compound throughout each episode, a result of impeccable sound editing (an incredible feat, considering the fact that the cast members all record separately, most of the time in a different city than Adam Reed and the crew). As such, Archer should be a requirement for any aspiring comedy writer, animation or otherwise.