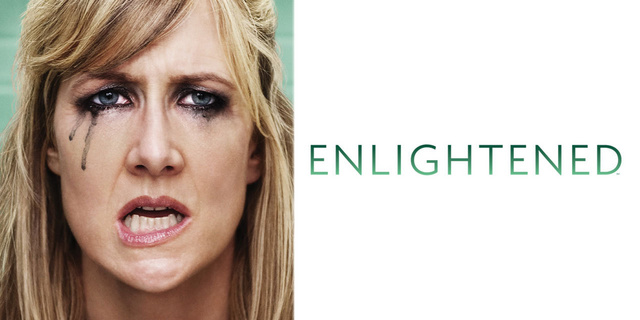 Enlightened is the best TV show ever made. Is that hyperbole? Maybe. At the very least, it’s probably the best TV show you haven’t watched. Created by stars Laura Dern (Big Little Lies, Inland Empire) and Mike White (School of Rock, Orange County) and written entirely by White (literally…he wrote every episode), the series follows Dern’s Amy Jellicoe, a self-destructive executive who has a very public breakdown in the pilot’s opening minutes and is subsequently fired. From there, she goes to a treatment center in Hawaii to get a new outlook on life and treat her depression/bipolar disorder, becomes a low-level data cruncher at Abaddon, the same corporation she was fired from, and eventually becomes a whistleblower to all the sins her company has committed.

As a protagonist, Amy can be a tad frustrating at times, but as a viewer, you can’t help but root for her. The pilot’s first shot does a ton to earn her sympathy.  As she sits alone in a bathroom stall and sobs, two co-workers enter and discuss office gossip about her. There’s no question that this is her lowest point.  It also helps that this is a bluntly hilarious scene. Throughout the series, Amy has noble intentions, but the means through which she achieves them are less so. She does morally questionable things. She can be self-centered and often puts her own wants above anyone else’s.  She is the definition of a flawed character. But nevertheless, she is fascinating to watch. Even if you don’t agree with what she does, you empathize with her, and you want her to succeed, and you want her to stay better. It’s a delicate balancing act that Laura Dern’s performance and Mike White’s writing nail completely.

A show centered on Amy coping with and treating her mental illness while trying to help the world could be a great show, but what elevates Enlightened to that next level is its supporting cast.  Like Amy, the entire cast is filled with people who are broken in some way. Amy’s ex-husband Levi Callow (Luke Wilson) is a drug addict in varying states of recovery throughout the series; her coworker Tyler (Mike White) can best be described as shy, sad, and lonely; and her mother Helen (played by Dern’s real life mom Diane Ladd) seems icy and distant at first but has her own ghosts from the past, the greatest of which is that she blames herself for her husband’s death. White’s scripts treat these characters in revolutionary ways, and he often takes episode-long breaks from the series’ (and Amy’s) main storyline to delve deeper into the supporting casts’ inner lives, the best being season one’s “Consider Helen,” which is one of the finest half-hours of any series and which, in a just world, would have won every award there is.

Although few people watched the show (its viewership hovered around 200,000 for the majority of its run), Enlightened is the definition of prestige TV.  It’s meditative and often depressing but at the same time can be deeply human and hilarious. Simply put, few shows even come near it in terms of character development and theme, and if you’re a fan of television or quality writing in general and haven’t seen Enlightened, you owe it to yourself to check it out.