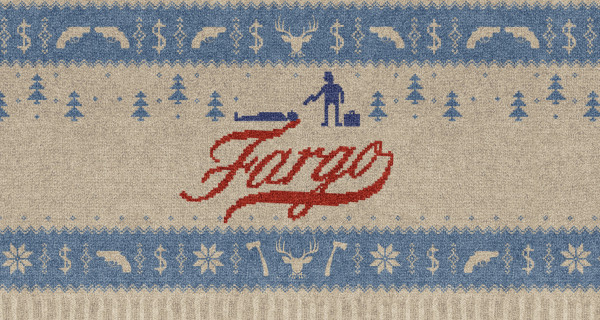 Fargo the movie is a classic. The Coen brothers’ crime/comedy captivated critics and audiences alike with a tale of pettiness, greed, kidnapping, murder, a woodchipper, and Minnesotan accents. Any attempt to bring the film to television would have giant shoes to fill, so it’s no surprise that 18 years passed before Fargo the series premiered on FX. (*A pilot was filmed in 1997 with Kathy Bates directing and Edie Falco starring, but the show never made it to series and, unlike Fargo-FX, had no involvement from the Coens.)

Noah Hawley, the show’s creator and showrunner, abandons the Coens’ characters and plot but has nonetheless crafted a series that’s unmistakably Fargo. The setting, the humor, the boldfaced based-on-a-true-story lie, and, of course, the glorious accents all remain intact, and each of the (so far) two seasons focuses on borderline-incompetent criminal newbies getting mixed up with career criminals and resilient, small-town law enforcement. Just like the film. In fact, Hawley so perfectly captures the spirit of the original movie that the Coens’ Fargo feels less like a source material and more like another chapter in (as Hawley calls it) The History of True Crime in the Midwest. Add in a few remixed elements from other Coen classics including No Country for Old Men and The Man Who Wasn’t There, and that’s the show.

Like the movie, the characters are the real draw. In the pilot script, Martin Freeman’s Lester Nygaard, season one’s criminal newbie, is described as “the kind of guy who apologizes when you step on his foot.” Billy Bob Thornton’s Lorne Malvo has a mystery to him, yet he’s still a well-defined, Loki-esque figure: Malvo gets a real kick out of manipulating people for his own twisted enjoyment. And Allison Tolman’s Molly Solverson is about as great a substitute for Frances McDormand’s Marge Gunderson as you could get.

But if the characters weren’t enough, Hawley hooks the viewers by the time the pilot’s climax rolls around. He imbues the final stretch with so much tension (highlights include a heat-of-the-moment murder, a law enforcement officer showing up at the wrong place, wrong time, and Malvo simply being Malvo) that it’s impossible not to become giddy with expectation. Shows rarely fire on all cylinders this early on—and season two improves on every level—so at the very least, sit back and watch in awe of perhaps the best entry in the Anthology Series Resurgence of the 2010s. And if you find any of its “true story” a little too hard to believe, just think of it as a Drunk History segment with a higher production value.