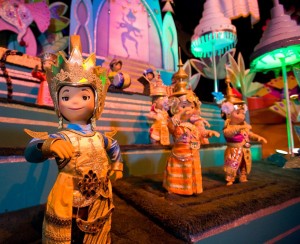 Treehouse Pictures acquired Katie Silberman’s romantic comedy spec Set It Up about two assistants who try to get their nasty bosses out of their hair. Emilia Clarke attached to star. Bold Films is moving forward with the superhero drama spec Samaritan written by Bragi Schut. The film centers around a young boy and a mysterious old man twenty years after a superhero defeats a supervillain and has gone missing. Tyler Marceca’s thriller specs Burnt Offering and Malpractice have found homes at Armory Films and Endurance Media, respectively. Burnt Offering is described as being Prisoners meets Silence of the Lambs while Malpractice centers around a disgraced surgeon who becomes involved in a terrorism plot. Finally, FilmNation Entertainment has acquired Oliver Kramer’s legal thriller spec Leverage, a murder mystery centered on Wall Street.

– Tim Rasmussen and Vince Di Meglio to write It’s a Small World for Disney, to be based on the ride.

– Disney has also tapped Sebastian Gutierrez to write 20,000 Leagues Under the Sea: Captain Nemo, to be based on Jules Verne’s novel and James Mangold to direct.

– Dan Hageman and Kevin Hageman to adapt Scary Stories To Tell In The Dark for CBS Films.

– Universal Pictures won out in a bidding war for Gillian Flynn’s short story “The Grownup,” a supernatural thriller to be adapted by Natalie Krinsky.