By Matt Joseph MisetichMarch 10, 2020No Comments 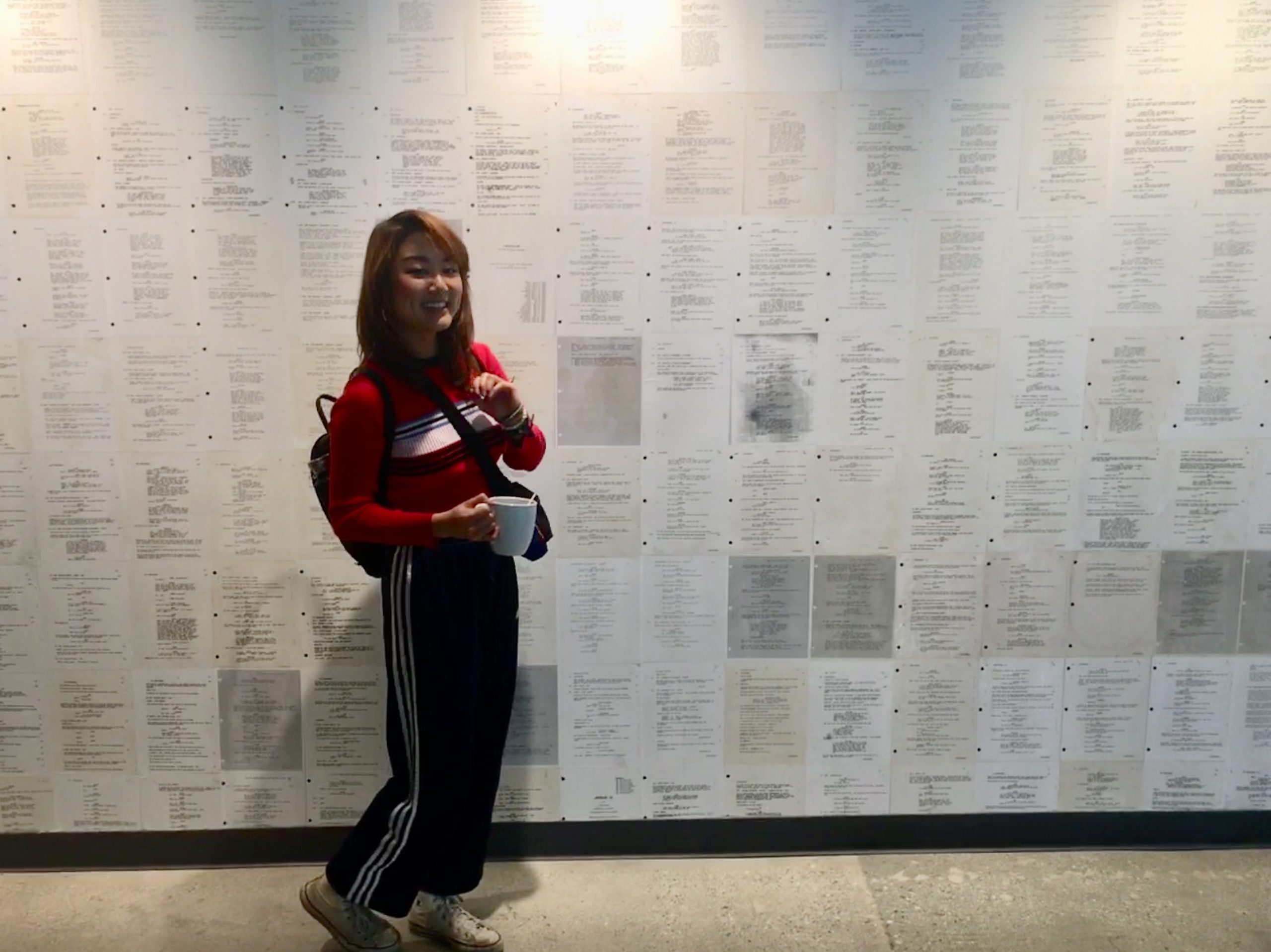 Felicia Ho’s TV pilot Arranged won the Script Pipeline First Look Project, due in large part to a refined sensibility toward character and an underlying premise that’s both original and timely. Prior to her Pipeline win, she was selected for Ron Howard and Brian Grazer’s Imagine Impact writing accelerator. She’s repped by Kaplan Perrone.

Every facet of Arranged caught our attention, but the potential of this series to comment on and criticize cultural norms was the big hook for us. Felt different but universal. Why did you choose to pursue this idea and, specifically, this type of lead character? What are some of the long-term topics you’d want this show to address?

Thank you for acknowledging that! I was first inspired to write this story after I attended my cousin’s wedding. She and I are really similar in age and background so it was a huge shock to me when I went after having not seen her in many years, and it ended up being a total fairytale, princess version of what a wedding should be. This was after I had spent years living a pretty bohemian, almost nomadic lifestyle, and being there, seeing that kind of fairytale come to life, and having it happen to someone who lived, essentially, a parallel life to mine was really eye-opening. It made me think about the ways I had shied away from cultural conventions and norms in order to pursue my own dreams and the accompanying struggles which I had, essentially, created for myself.

So I wanted to write a lead character who had been through the ringer because of her own stubbornness—someone who was fed the belief they could “do it all,” only to realize that the circumstances of life and society’s expectations and limits on her made that somewhat impossible. I ended up inserting a lot of the challenges I faced growing up as a Chinese American into the character: expectations from my parents, from society, and even from my Asian American peers on “what” or “how” I should be. Growing up—and even as a grown-up—I’ve always felt a bit like the black sheep of every room I walked into, never quite fitting into any kind of mold or group. . . with this story, I imagined what it would be like if someone who’d never been afraid of being different and all the struggles that came along with it decided to give in after coming to the realization it’s way easier to swim with the current than against it.

Long-term, I’d like to explore the ramifications that come with living inauthentically. Being a kid of immigrants, I had a lot of issues growing up with identity, thinking about what it was that I wanted from life versus what my parents wanted and expected from me. I want the show to tackle that and issues of classism, capitalism, familial guilt, feminism, and ultimately the journey of self-growth and acceptance.

You grew up in San Francisco. Massive creativity living side-by-side with the tech world. Kind of a socio-geographical question, because writers have varied experiences depending on where they grew up and came of age: were you always encouraged to pursue the arts? Which films and TV shows hit the mark for you as a child and into your teens that helped make your decision easier?

I didn’t read my first script until I was 21. I grew up in the suburbs of San Francisco—in the East Bay—so I was really divorced from any creative influences. I was an only child and latchkey kid so I kind of raised myself, and a lot of that came through the television. In high school, my only two creative outlets were English class and watching movies, so I combined both, and on a whim applied to USC with the lofty dream of being a film critic, which, luckily, I got in and it completely changed my life. I actually almost went to school to study music—I was a skilled, classically-trained pianist, but hated every second of it—and I turned down a really great scholarship in order to pursue this fledgling idea of what I wanted my career to be. I had never even been to Los Angeles before. At the time, I had no idea how movies were made—or even what a director, producer, or screenwriter did—and in my mind I just assumed the actors did all the storytelling. It wasn’t until I was in school that all these things became demystified, and it clicked for me: I wanted to be a writer.

To get into USC, I wrote a paper on how Taxi Driver was heavily influenced by Holden Caulfield in The Catcher in the Rye (I was so angsty!) and another essay critiquing the way in which Rebel Without A Cause depicted teenagers. I loved movies, and I thought the only way I would ever have a way into entertainment was through talking about them because the only figure I knew at the time who opened some kind of door into that world for me was Roger Ebert (I loved At the Movies).

The movies and TV shows that really guided me from childhood were Dazed and Confused, Saved!, The Terminator, Leon the Professional, Breaking Bad, Mad Men, Arrested Development, and I’m a lifelong SNL fan. Garden State was unironically on a perpetual loop in my house—I was the kid who lent out my DVD to everyone in class.

What eventually tore you away from pursuing a career in music to one in film and television? And. . . I have to ask: post-college card-counting? Las Vegas or elsewhere?

I absolutely hated playing music! That’s one thing people who didn’t grow up in an immigrant family may not have a cultural touchstone for: I was forced to play music for 15 years by my very traditional Taiwanese parents because it was the most common marker for success. After I moved out and went to college, I never touched another instrument again. I completely lost that part of myself. The only thing I took from that experience was that I can be really good at anything I hate as long as I keep at it. That helped me overcome that hump in the early days of writing when it feels like everything you write is complete shit.

During college and post-college I lived rather nomadically. I never stayed at a place for very long, and I was in a relationship with a man ten years older than me. He had the idea one day to become an amateur card-counter and so after I graduated, we moved to South Lake Tahoe and spent a winter going from casino to casino making just enough money to survive by counting cards. . . . Longest winter of my life.

After reviewing your pilot and a feature, both touch upon the broader idea of “survival.” Doing what one must to press forward. How much of this relates to your own experience as a writer climbing her way through the industry?

Yes, I guess a big part of my work is about learning to rely on oneself in order to survive. When I moved to Los Angeles at 17, I was so unprepared for everything. I learned the hard way how to be self-sufficient and fend for myself. In San Francisco, you have a very diverse and integrated city, and I think growing up there it gave me an unrealistic expectation of how receptive the world would be to someone like me. I learned very quickly the realities of the world and the hustle and politics involved in surviving in this city, and on an even more magnified scale, in the entertainment industry. It’s never been an easy path, and I’ve had to start over so many times, so I became really good at being resourceful and tactical, but also at being grateful and humble. No one here owes you anything—if you want to entertain, you have to be entertaining.

You recently signed with Kaplan/Perrone and have had meetings with plenty of managers and other industry, both through us and through the Imagine Impact program. What were your first few meetings like, and what guidance can you give young writers who might be a little anxious, a little overwhelmed or intimated, by their first foray into pitching to and evaluating potential reps? What were you looking for in a manager?

My first job out of college was working for a literary manager, and I ended up working with him four years, so I was really familiar with what these meetings look and feel like. Sitting on my side of the desk for nine hours a day, three hundred days out of the year, gave me great insight as to what to look for in a manager, what they can offer, and what the relationship should be. That said, when I sat down with a manager for the first time, I was really shocked by how much praise they gave me—it was something I wasn’t used to after so many years of hustling just trying to get my script read. I think I cried after that first meeting! And that’s how every meeting should feel if someone is serious about you. They’re meeting you because they responded to your writing, and they just want to learn more about you and what they can offer you to grow your career. It should feel like a partnership—your success is their success.

Most importantly, you should feel like you can talk to them about anything. The worst feeling to have in a manager is someone who intimidates, devalues your thoughts/opinions, or makes you feel less-than. It doesn’t matter how big the company or how prestigious. You should always be comfortable talking to your managers and feel like they are excited about working with you.

In looking for a manager, my goal was long-term. I wanted to find someone who was thinking about my career, not just in December 2020, but what it will look like in December 2024, and the steps to get there. If you’re feeling overwhelmed or intimidated, realize there will always be another meeting. The great thing about being a writer is you always have the ability to change your future: just write something new.

Okay. Dealer shows a 5. You have 12. Are you hitting or staying?

If you do anything but stay on that, I’m calling the cops. 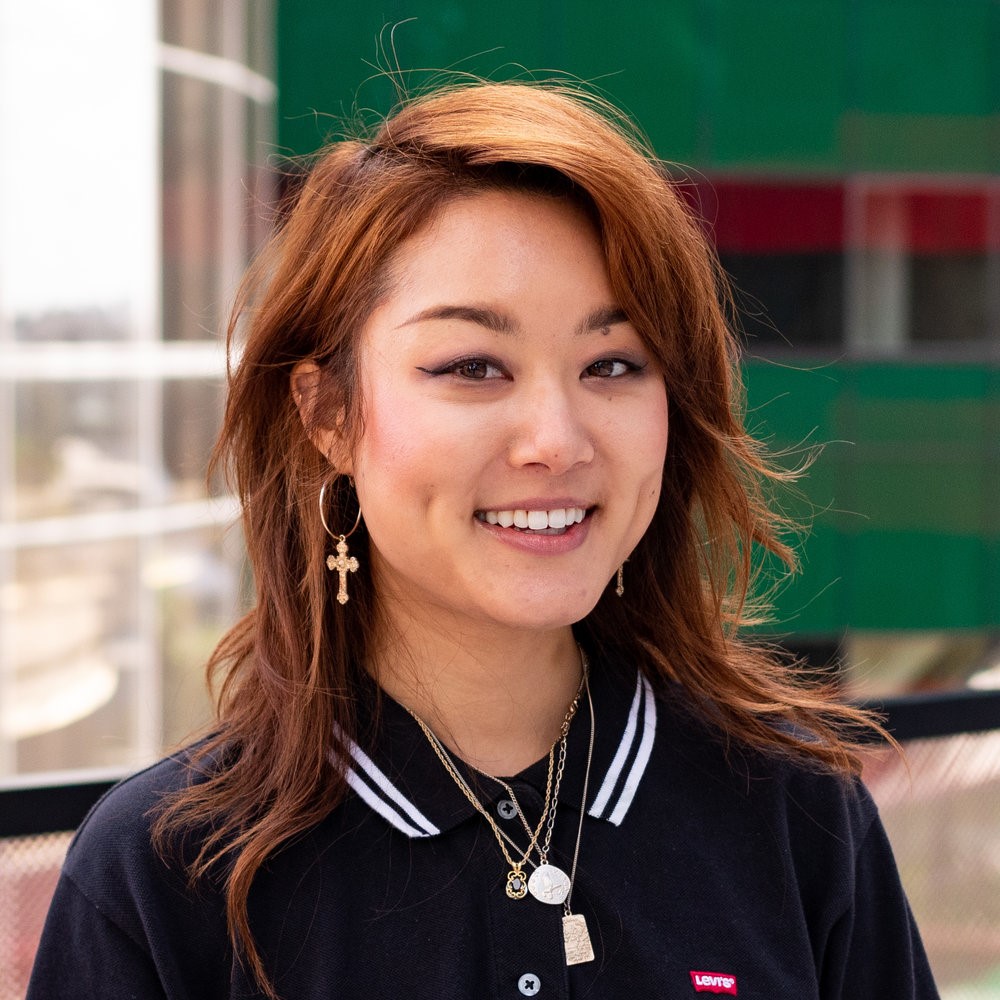 Felicia Ho was born and raised in the San Francisco East Bay to Taiwanese-immigrant parents. After high school, Felicia received a scholarship to study music therapy in college but, instead, found her way to USC’s School of Cinematic Arts where she was able to pursue her first great love: storytelling. Graduating in 2014, she entertained a brief stint as an amateur card-counter before heading back to Los Angeles, where she worked in various assistant roles before being selected as a writer in Ron Howard & Brian Grazer’s Imagine Impact writing accelerator in 2019. There, she developed Arranged, a comedic TV series about a Chinese-American social climber who attempts to scheme her way into an arranged marriage. The pilot won the Script Pipeline First Look Project and was in the Top 50 of the 2019 Launch Pad Pilot Competition. In the same year, her possession-horror feature Walk Up, which tracks the journey of recovery for a domestic abuse survivor, was a finalist in numerous screenplay competitions, including the ScreenCraft Horror Feature, and won first runner-up in the New Orleans Film Festival Feature Screenplay Competition. She’s repped by Kaplan Perrone.