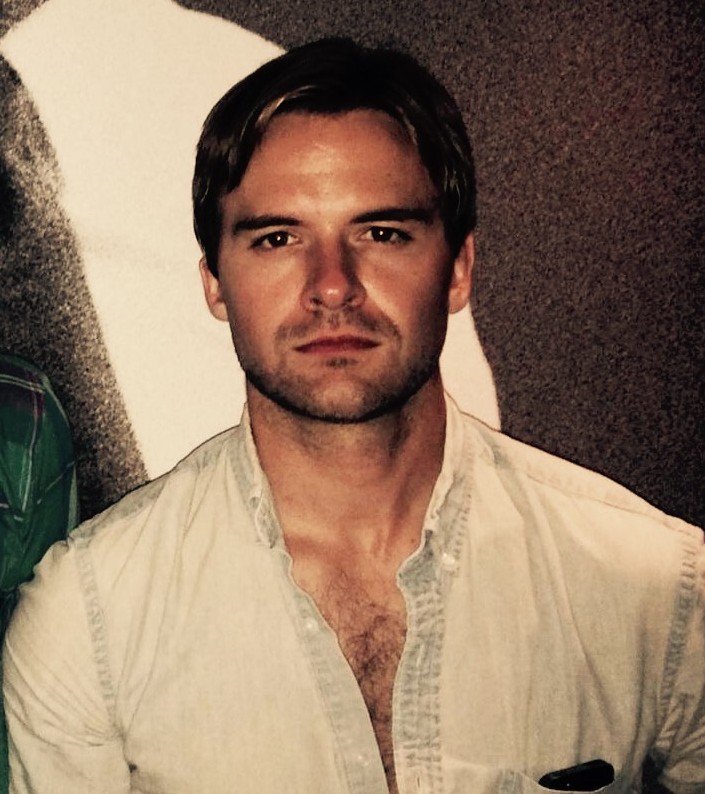 – Henry Dunham, winner of the 2015 Script Pipeline Screenwriting Competition with the contained crime/thriller The Standoff at Sparrow Creek (formerly Militia), which released in January 2019. The film, his feature directorial debut, received massive praise from Rolling Stone, Birth.Movies.Death, Slash Film, and other top critics. A Detroit native and Michigan State alum, Henry has written, directed, and produced his own short films prior to Standoff.

Prior to entering the Script Pipeline competition, how had you tested the waters—submitting to production companies, other contests, querying managers and agents. . . ?

To be honest, I never submitted to production companies/agencies blindly before because I used to intern for them and spent a lot of the time having to actually read those blind submissions, seeing firsthand how futile a process it is. You’re not getting the attention you think you are, and some kid (like me) who’s probably very tired and probably over-worked is reading your story, and it’s just. . . we’ll just say the cards are stacked against you. So my only real “noticed” thing I’ve done was my short film, The Awareness, which did really well and got me in some doors.

Then as I was writing it, I pitched Militia to some of the people Awareness got me in with. A friend very high up in the industry told me about Script Pipeline and how respected it was and a way to get it in more hands, so I just gave it a shot. I am now, understandably, very happy about that.

When (and why) did you begin screenwriting?

Well, this may not answer your question, but weirdly I realized after I saw Ace Ventura in theaters for the 90th time in 3rd grade, I was talking to my mom about how Jim Carey was so funny, and she was like, “yeah he’s got great writers.” And I clearly remember thinking, “you mean he’s not just making all that stuff up?” So when I realized what a writer does, I was pretty shocked and wanted to learn more.

I started trying it when I was in, maybe, 7th grade? But I had no idea what I was doing. I was obsessed with Tarantino after I read my brother’s copy of the Pulp Fiction script in 6th grade and couldn’t believe how cool it was. I kept writing without any real idea what I was doing, honestly, until I started my internships out here in LA. Learning from people who actually went to film school on what works and what doesn’t, and then wrote a number of horrible screenplays.

The “why” is probably tougher to answer. Maybe because somewhere deep down there’s a need to tell stories, but maybe it’s also because there’s this dumb thing I feel like everybody’s guilty of. Which is “it would be so cool to sell a script for a bunch of money!” My “why” was probably a bit of both in the beginning, and then you do it and very quickly realize it’s one of the hardest, most lonesome things a person can do and demands an insane amount of dedication and effort. You will spend Friday nights at home. You will miss out on things. And some people, it burns them out, which is understandable. But once you get that feeling of actually telling a story that surprises the audience and do good work that you’re proud of, the feeling of fulfillment from that, I’m pretty sure I couldn’t get it anywhere else. And it’s invaluable. And highly addictive.

Militia almost hearkens back to a 12 Angry Men scenario, the idea that a tense thriller or heavy drama needn’t take place beyond the confines of a single location, nor do you need an elaborate backdrop. What other films, stories, or current real-life events influenced the plot, and where did the concept originate?

First off, that’s an awesome comparison, and I’m very flattered, so thank you. Secondly, there are some movies like Death of a Maiden or The Ox-bow Incident, or classic Hitchcock movies like Lifeboat or Rope, that never give that feeling of “okay, when are we leaving this room?” And I think that’s in direct connection with how interesting the situation is and how interesting the characters can be. To me that’s always been a cool challenge, same with The Awareness: to feel that kind of irony of enjoying the claustrophobia. To make the audience feel stuck with the characters, but interested enough in them and the story and the stakes of what they’re experiencing, is a cool feeling to balance between.

As far as the origin or the inception of the idea, it was dumb, unfortunate luck that these public shootings started to happen with more frequency right around the time I finished up this script, and then the whole Ferguson situation and people starting to question police and their use of power. I wish I could say I had some incredible gift of foresight with that, but no, it’s just a coincidence. To me, the story itself is about a man struggling to know whether or not he’s strong enough to be alone, or whether he needs to be a part of something to be happy, even if it’s what’s hurting him. That’s always going to be a relevant question in society whether or not it’s in the news.

Often, we get asked: “Do I need to live in Los Angeles if I want to be a screenwriter?” At what point in your career did you decide to move to LA? Was it the right timing, in retrospect?

I moved out here about 8 years ago, and to be honest I’m not sure. I don’t have an answer to this because I’m absolutely sure it can be done, and I’m sure a lot of working writers actually leave town for a few months at a time to go into a hole and push out a draft. But I can say, without a doubt, I made progress in my ability only because of people I met here. Without them, I’d be useless. I’m an enormous believer in having a trusted community of people you genuinely believe are smarter than you and whose opinion you trust. And it’s tough to find those people for this type of work in Detroit.

When we announced you as the winner of the competition—the $20,000 grand prize, top spot out of 3,500 entries—you seemed stunned. Perhaps rightfully so. Were you confident you had a shot, or did it kind of come out of nowhere?

Let’s not forget the part where I asked if Militia was even close, and you told me not to be the “angry guy” when I don’t win.

So yeah, I was pretty shocked. In all seriousness, I did feel thrilled just to be a finalist with Script Pipeline because of their reputation of taking finalists and introducing them around town, so I was excited to be a part of that group alone. It was a genuine honor. To win on top of that, yeah–it still kind of shocks me.

Though there is no formula a writer can follow to crack into the industry, what do you think are some key components every writer should possess so they at least have a shot at getting noticed? Is it mostly about writing ability, or does personality, the ability to communicate with potential managers and reps, equally as important for long-term success?

Wow, well, I feel like I could give this advice if I was more of a force in the industry. But first, I don’t know if there’s one single thing that makes someone break through. If I had to narrow it down, I’d say two things. One being story over everything. Story comes first. Ahead of every single element, the audience wants to be engaged with a character in a story that surprises them and keeps them constantly asking “oh my god, what happens next?” That’s everything to me.

The other part is just a dose of tenacity. You have to stick it out. Having that drive is essential.