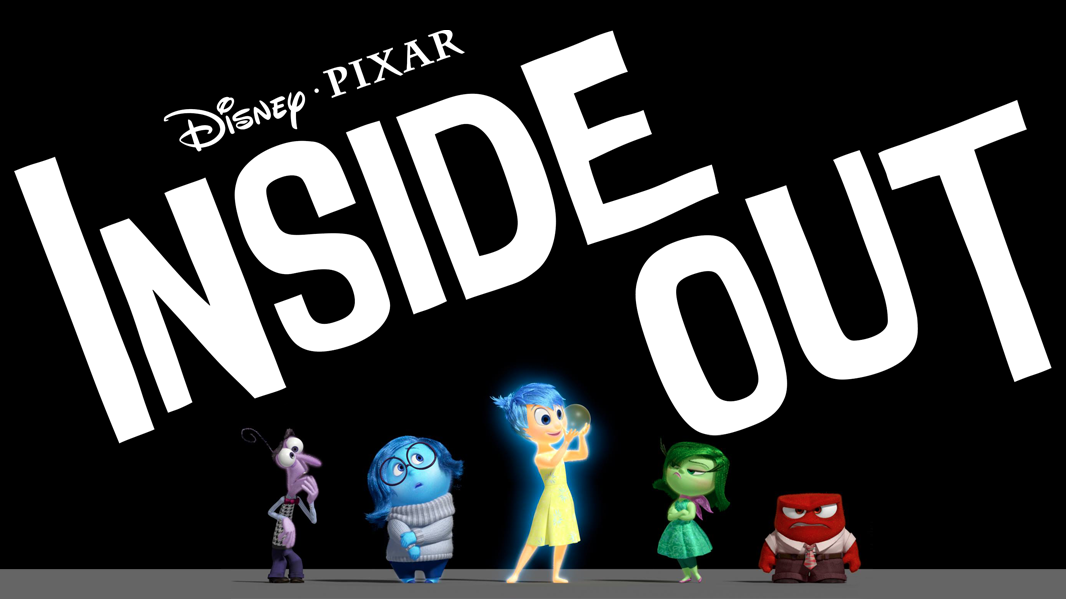 Pixar is synonymous with imagination and ingenuity. Each of their (so far) 16 feature films and numerous shorts depict wildly inventive worlds with well-defined, lived-in characters that rival most live-action characters.

It’s easy to imagine a blander version of Inside Out, one in which Riley’s emotions simply provide a running commentary on the her interactions. However, that’s not how Pixar operates, and the creative team (which includes Pete Docter, Ronnie Del Carmen, Meg LeFauve, and Josh Cooley) has included many elements that writers everywhere which they had thought of first. Inside Riley’s head, we see a literal Train of Conscience, a building of Abstract Thought, and the prison-like Subconscious, among other clever flourishes.

However, the world would be nothing without the characters. In the world of Inside Out, five emotions (Joy, Fear, Disgust, Anger, and Sadness) control everything creature on Earth, from humans down to cats and dogs. The movie focuses on the emotions inside Riley’s head, but specifically Joy and Sadness, portrayed by Amy Poehler and Phyllis Smith, respectively, in two of 2015’s best performances of any genre, live-action or animated. Other writers could have easily distilled each of the emotions to the simplest of traits, making each one-dimensional characters with nothing to offer besides the emotion they’re named after. But in Inside Out, even the emotions have emotions, and each has a rich inner life. And thematically, Inside Out is Pixar’s richest film yet–maybe their best ever. Without giving too much away, Sadness originally irritates Joy, but Joy learns that sometimes it’s good to be sad, a message we’re pretty sure no other children’s movie has included to date.

If nothing else, Inside Out continues Pixar’s legacy of creating films that children and adults can enjoy and love equally.

Read the Inside Out Script