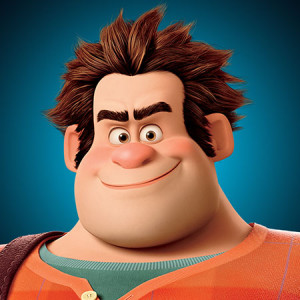 June was a good month for spec scripts across all genres. First up was Lucas Carter’s action/comedy The Gun Show. The script, which follows a cop who wakes up after a 20-year coma and is assigned to investigate the death of his old partner, was picked up by Paramount. STX Entertainment and Getaway Productions are teaming to produce 17 Bridges, a detective thriller written by Adam Mervis. Thunder Road Pictures acquired two properties in June: the spy action/drama Burn Run, written by Mitchell LaFortune and based on real events, and Trigger Warning, described as a female version of First Blood and written by Josh Olson and John Brancato. Matthew Orton’s political thriller Reason of State is moving forward with Black Bear Pictures, Silvertown Films, and Wildgaze Films. The supernatural thriller Mary, written by Anthony Jaswinski, found a home at Tooley Productions and EMJAG Productions. Finally, Moonfall, a disaster spec written by Roland Emmerich, Harald Kloser, and Spenser Cohen about a mission to stop the moon from hurtling into Earth, will move forward at Universal Pictures after a competitive bidding war. Emmerich is set to direct.

– Phil Johnston and Rich Moore to write the sequel Wreck-It Ralph 2 for Disney.

– Blaise Hemingway to adapt The Gates for DreamWorks, based on the first novel in John Connolly’s trilogy.

– Morgan Spurlock to write/direct the adaptation of Can I Go Now, a biography of superagent Sue Mengers.

– Michael Sheen to write, direct, and star in the adaptation of the true-story graphic novel Green River Killer for Dark Horse Entertainment.

– Adam McKay’s Bad Blood (based on the life of Elizabeth Holmes) moving forward at Legendary Pictures and Gary Sanchez Productions. McKay to also direct, Jennifer Lawrence to star and produce.

– Anders Holm’s Game Over, Man!, an action/comedy described as Die Hard in a hotel, is moving forward at Netflix. Based on a story by Holm and his Workaholics costars Adam Devine, Blake Anderson, and Kyle Newacheck. Anderson, Devine, and Holm to star, and Newacheck to direct.