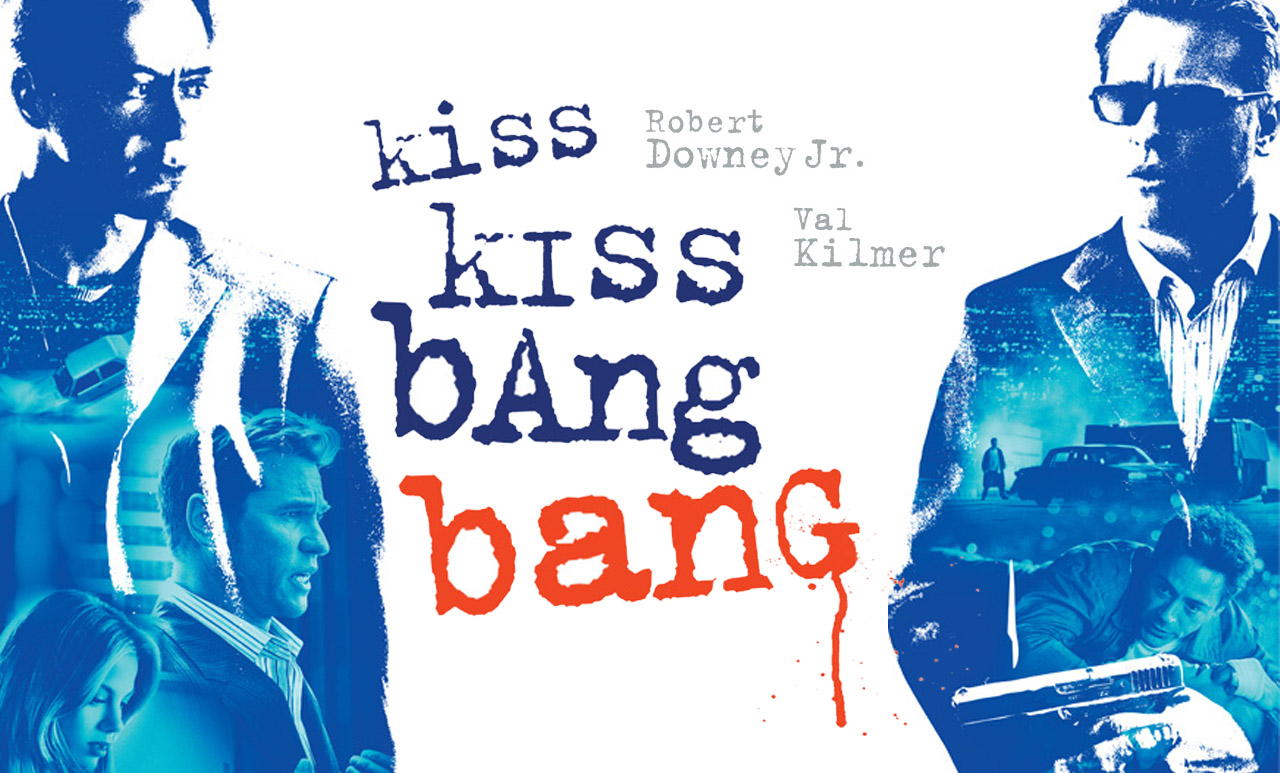 One of the highest paid screenwriters of all time, Shane Black burst onto the scene in 1987 with the quintessential buddy cop movie Lethal Weapon and went on to write The Long Kiss Goodnight, Iron Man 3, and the underrated Last Action Hero. However, his greatest success thus far is his directorial debut Kiss Kiss Bang Bang (although based on its trailers, spiritual sequel The Nice Guys could certainly usurp that position).

Kiss Kiss Bang Bang is a self-aware satire of noir and crime movies, and it’s easy to understand how Black grew to justify his paycheck. The script is filled with witty, fast-paced dialogue, a fourth wall–shattering narrator, and entertaining action sequences and suspense, and it somehow maintains and ratchets the suspense and tension while remaining hilarious throughout. The script itself is an entertaining read that embraces all of Black’s narrative quirks. Take, for example, the bottom of page 54:

In another script, that could prove distracting, but it fits perfectly with the world and tone Black has established.

The story, partially based on Brett Halliday’s novel Bodies Are Where You Find Them, follows Harry Lockhart (Robert Downey, Jr.), a petty thief who stumbles into a movie audition to escape police and finds himself as a potential lead in a Hollywood film. The producers hire private detective Gay Perry (Val Kilmer) to give him real-life experience for the role, and the pair quickly finds themselves investigating a series of seemingly disparate criminal plots that, as the hardboiled detective genre mandates, are related in a complex manner. It’s a script that relies on coincidence, but the script’s many twists and turns help elevate it above its pulp novel influences. Ultimately, Black’s voice and a trio of spot-on performances from Downey, Kilmer, and Michelle Monaghan as Harry’s love interest make Kiss Kiss Bang Bang a wildly entertaining ride and required viewing.