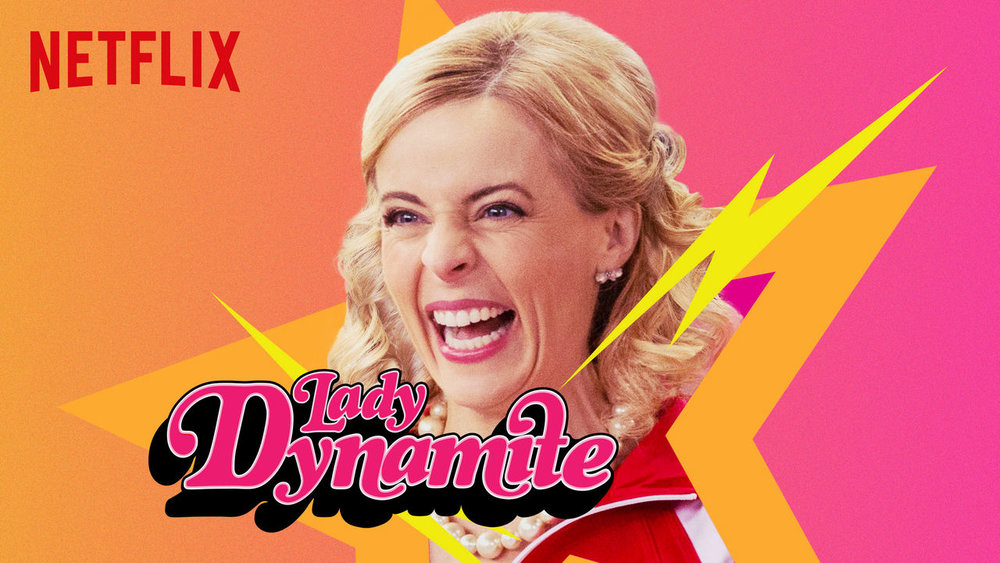 One of the downsides to this era of peak TV is that there are now seemingly more shows than people to watch them, but the biggest upside to this is that companies are more likely to take on riskier, more niche shows. And as a result, we sometimes receive shows that are just absolute joys, like Lady Dynamite.

Created by Pam Brady (South Park, the underrated Hamlet 2) and Mitchell Hurwitz (Arrested Development), the show is a semi-biographical look at comedian Maria Bamford’s life. Notably, the series tackles her diagnosis with bipolar disorder and the challenges she’s experienced because of it. In other hands, this show could be oppressively bleak, but Brady, Hurwitz, and Bamford use that as a starting point to explore mental health through comedy. Given the pedigree of those involved in the show, it should come as no surprise that the show is hilarious; however, the comedy always serves a thematic purpose. For example, the humor leans heavily toward surreal and frantically fast-paced, almost like a manic episode (just look at the pilot’s cold open). At other times, in flashbacks to her life in Duluth, the narrative slows down, the color palette cools, and the show takes on the tone of a half-hour dramedy. To say that this show is off-beat would be an understatement, but the writers and actors (especially Bamford) are committed to the show’s vision and sensibilities and to the idea of creating a truly bipolar television series, filled with swings between mania and depression, overconfidence and self-doubt, fast-paced frenzy and slowed-down sedation. It’s a difficult balancing act (dramatic tonal shifts are essentially a literary device for the series), but once you get on Lady Dynamite’s wavelength, it’s one of the most rewarding shows in recent memory.

Earlier this year, Netflix canceled the show after two seasons, which is a shame, but hey, it’s fortunate we got any episodes of this charming, self-aware, fabulously weird series to begin with. It’s definitely not for anyone, but that doesn’t mean you shouldn’t check it out. Corn!