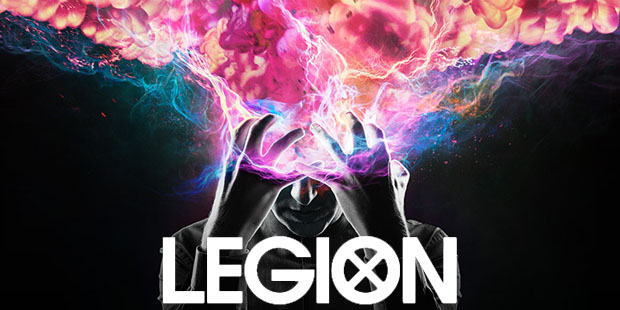 Within the last decade, some might argue that comic book movies have become needlessly ubiquitous. Just looking at the major studios’ upcoming slates can give the impression that Hollywood is simply in the superhero business, eschewing thoughtful character-driven films for tentpoles that feel almost interchangeable. The fate of the world is in jeopardy, special effects–ridden fight scenes ensue, hero saves the day, see you again next summer. The most successful superhero movies have either bucked that formula or twisted it to provide something fresh (take, for example, Deadpool‘s meta satire, Wonder Woman‘s feminist themes, or Logan‘s gritty western noir), but perhaps, none have done so more successfully than Legion.

Created by Noah Hawley of FX’s Fargo and based on Chris Claremont and Bill Sienkiewicz’s Marvel character, Legion ostensibly takes place in the X-Men universe, but the series plays more akin to a psychological, almost Lovecraftian or Lynchian horror movie than anything else. Sure, the majority of the characters are similar to the mutants we’ve grown to love (albeit with quirkier superpowers), but they ultimately take a back seat to the show’s namesake David Haller. Portrayed by Dan Stevens, David suffers from a variety of mental illnesses including what seems to be dissociative identity disorder and self-medicates his problems. However, he doesn’t realize that he may be, as another character notes, “the most powerful telepath we’ve ever encountered.” Worst of all, he can’t quite control his powers, making him perhaps the most dangerous mutant in the show, which is why a seemingly evil government organization, a more benevolent collective of mutants, and a mysterious cosmic entity all seem to want to get a hold of him.

Hawley leans heavily on David’s delicate mental state to supply most of the show’s suspense and horror, and it works on just about every level. The “devil with yellow eyes” and the “angriest boy in the world” continually haunt David’s (and the audience’s) dreams, and numerous set pieces set inside his past memories help keep audiences on the edge of their seats. At times, this feels less like an X-Men or Marvel show and more like American Horror Story with mutants. But that doesn’t mean the show is all horror—David’s mental state also allows Hawley quirky indulgences, including a Bollywood dance number in the show’s pilot. Basically, Legion walks a very fine line in terms of its tone, but Hawley’s writing and Stevens’ committed performance help ground the show, at least as much as a show about a psychic, schizophrenic mutant who battles demonic cosmic entities can be grounded.

Beyond David’s character, Legion features a stacked supporting cast, including the always brilliant Jean Smart, Bill Irwin and Jermaine Clement in quirky, hilarious, and heartbreaking supporting roles, and Aubrey Plaza, who turns in a bravura performance that the Emmys have somehow chosen to ignore. Also worth noting is the insane production design, which perfectly establishes the show’s aesthetic while at the same time keeping its chronological setting ambiguous, much like FX/FXX’s animated comedy Archer.

But all in all, it is rare to see a show so assured of its story and tone this early in its run. For comic book fans and non-fans alike, Legion breathes a demented breath of fresh air into a genre that has in some cases become too formulaic in plot. At very least, Twin Peaks just ended again, so you’re going to need to fill your time somehow, right?