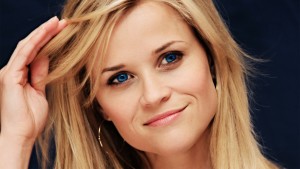 A few specs made it to the next step in May. Fox Searchlight picked up Brian C. Brown and Elliott DiGuiseppi’s Pale Blue Dot about a female astronaut whose life begins to unravel after she returns to Earth. Reese Witherspoon set to produce and star. Byron Willinger and Phil De Blasi’s NSA conspiracy thriller spec Command & Control found a home at Vandal Entertainment. Warner Bros. will oversee The Infinite Horizon, a post-apocalyptic Odyssey spec written by Ryan Condal and based on a graphic novel by Gerry Duggan and Phil Noto. Finally, Jeff Morris’ The True Memoirs of an International Assassin, an action-comedy spec about an accountant/aspiring author who is mistaken for a contract killer, has found new life at Netflix after being initially set up in 2009. Kevin James attached to star.

– 20th Century Fox is on board Nicholas Stoller’s Friend from Home, a comedy about a college student whose new cool life is unraveled when his dorky friend comes to visit.

– Honeymoon‘s Leigh Janiak and Phil Graziadei to pen The Craft remake for Sony.

– The New Mutants, an X-Men spinoff and based on the popular 90s comic series, has found Josh Boone (The Fault in Our Stars) to write and direct.