Spider-Man: Into the Spider-Verse – Screenplay 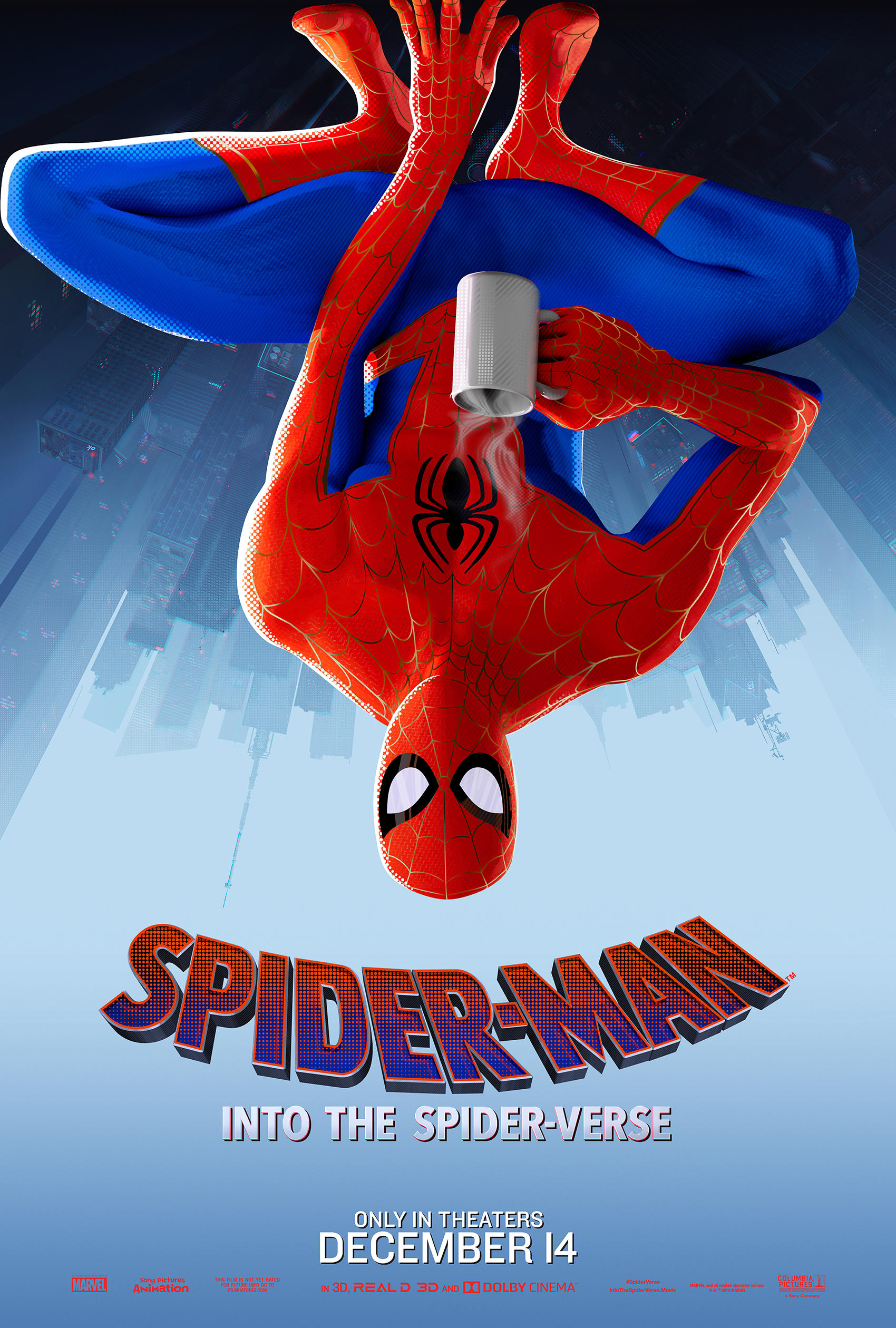 It’s always nice when the Oscars get it right. It doesn’t happen every time, but Spider-Man: Into the Spider-Verse’s Best Animated Feature win was incredibly well-deserved—it was one of last year’s best movies, animated or live-action. Directed by Bob Persichetti, Peter Ramsey, and Rodney Rothman and written by Phil Lord and Rothman, and based on Marvel’s Spider-Verse comics, the story follows Miles Morales as he explores his nascent spidey-powers after (spoiler) Peter Parker’s death and helps other Spider-People from elsewhere in the multiverse return to their respective universes.

One issue superhero movies can run into is stakes. Unless, for example, Chris Evans wants to retire from the role, you’re not gonna see Captain America die (apologies for the potential Avengers: Endgame spoiler). So it’s necessary for writers and directors to include compelling relationships for the hero to raise the stakes. In Into the Spider-Verse, Miles’ relationships with his father and uncle provide emotional and thematic weight, which makes the audience care about what’s happening, especially when both characters become involved in the main plot. That’s the key with superhero movies: An invincible superhero is boring, and more often than not, their victory is almost always guaranteed; that’s just how Hollywood works. But it’s the relationships the characters have that bring weight to the stories and give the narrative characters more vulnerable to mortality.

Perhaps Into the Spider-Verse’s greatest asset is its unpredictability. By adding three Peter Parkers, Peni Parker, Gwen Stacy, and Peter Porker and killing one of the Peters off early on, Lord and Rothman create a narrative where it feels as though anything can happen. The strongest Spider-People relationships are between Miles and the second Peter Parker (Peter B. Parker) and between Miles and Gwen, and they’re the ones that the climactic fight scene centers on. The film also distinguishes the various Spider-People with matching introductions: Each time a new one appears, the film cuts to a comic book montage with the hero briefly narrating their origin story. It’s a stylistic flourish that pays off each time.

More about the style: The film is just beautiful to look at. It’s a comic book come to life. Text and dialogue bubble appear every now and then to highlight a joke or emotion, and the artists animated the movie at 12 frames per second to create a choppier, less fluid aesthetic to the movie’s benefit. (For reference, most animated films are now animated at 24 fps, creating the smooth CGI images we’re all used to.) It feels like you’re flipping through the pages of a Marvel comic, sort of like an animated companion piece to Ang Lee’s underrated Hulk.

If for whatever reason you still haven’t seen Into the Spider-Verse, why not watch it now? It’s pretty perfect!