By Michael OwensJanuary 25, 2021No Comments 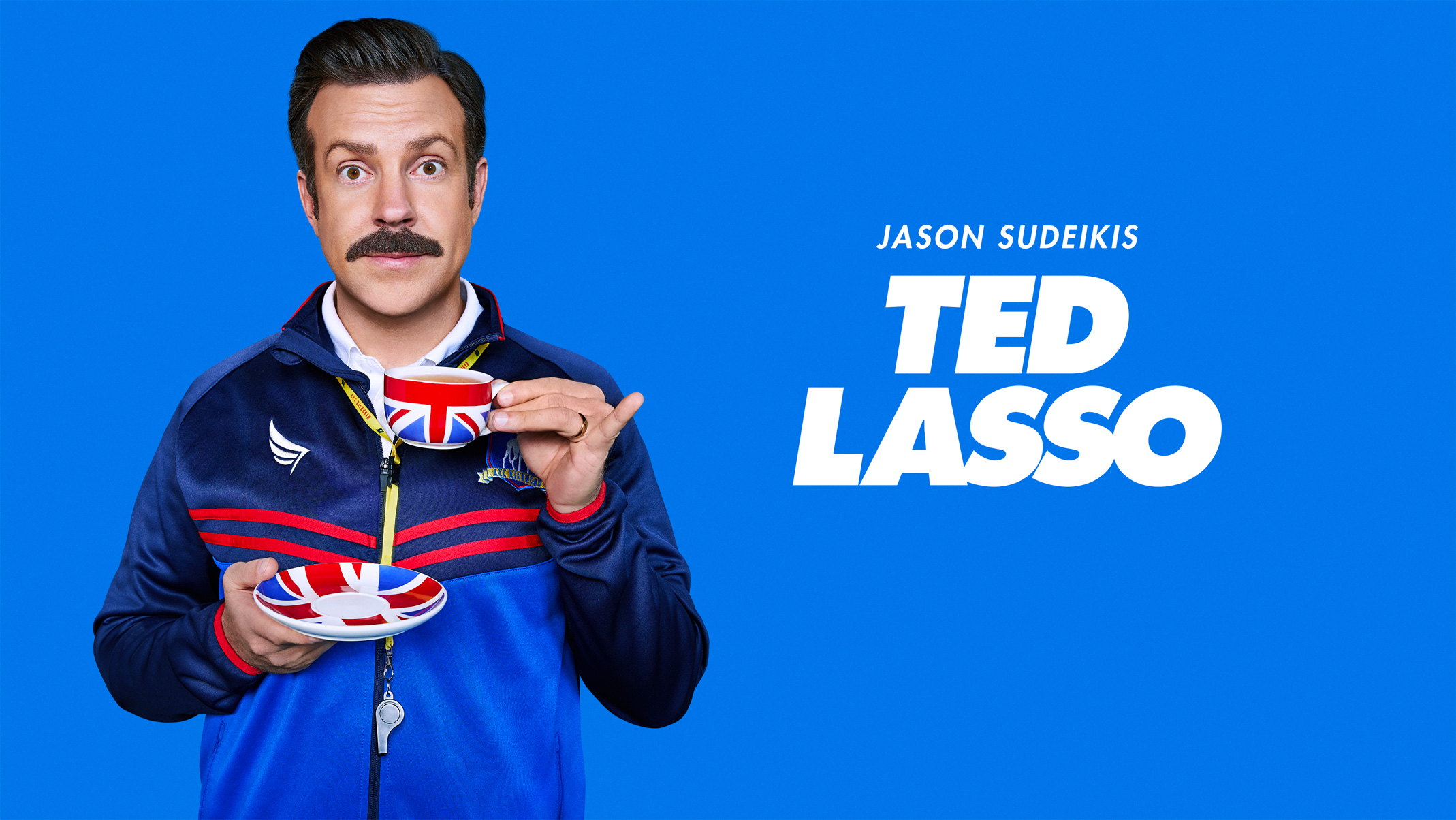 If you’ve been on Twitter the last few months, you’ve probably heard of Apple TV+’s new sitcom Ted Lasso. It seems almost everyone who’s seen the show has fallen in love.

Written by Jason Sudeikis and Bill Lawrence and developed by Sudeikis, Lawrence, Joe Kelly, and Brendan Hunt, the pilot follows American football coach Ted Lasso (Sudeikis) as he takes a new job as the head coach for the London football club AFC Richmond. That is, the other football. Soccer. A sport Ted has absolutely no experience in or knowledge of. The show becomes a fish-out-of-water comedy as Ted tries to make sense of the rules of British football and his new life in London. He also clashes with the club’s owner, Rebecca Welton (an excellent Hannah Waddingham, whom you might remember ringing the shame bell in Game of Thrones), who has ulterior motives. You see—SPOILERS—she’s a recent divorcée who won the club in the settlement, and seeing as it’s the only thing in life her ex-husband loves, she uses Coach Lasso and his ineptitude at soccer as a means to destroying the team.

The character Ted Lasso actually got his start in a series of ads for NBC Sports. The original character was brash and buffoonish, a result of the Saturday Night Live-esque quality to the sketches. But one joke only goes so far, and out of necessity, Ted Lasso and Ted Lasso became more complex than their hilarious yet humble origins. In contrast to the original character, the new Ted is optimistic and selfless, a genuinely good person who speaks almost exclusively in John Wooden quotes. In the wrong hands, he could come across as a parody of inspirational coaches or an outdated throwback to sitcoms of a bygone era, but Sudeikis’s performance grounds and humanizes Ted in a way that makes him one of the best characters of 2020. In many ways, he feels like an anomaly in a TV landscape that still often equates moral ambiguity with complexity. Needless to say, Ted Lasso is about as far removed from being an antihero as one could get.

And that’s perhaps why the show quickly became the internet’s favorite new series during our extended quarantine. For many writers, their first instinct is to write something of the moment and to draw from everyone’s shared grief, but Ted Lasso succeeds because it mostly avoids commenting on anything topical. The show is clearly a reaction to the divisiveness and hostility that seems to have permeated so much of Western culture and politics, but instead of dwelling on all that is wrong with the world, it goes the opposite direction. Kindness is the show’s central ethos. It’s a simple theme we don’t often see in TV shows nowadays. (Even Rebecca, at first the show’s ostensible villain, redeems herself by the end.) Because of its dedication to human kindness, Ted Lasso became the salve many needed, especially in a year as tumultuous as 2020.

If you haven’t seen the show yet, take the rest of the day off; you’ll finish the whole season in five hours. It’s insanely bingeable. And if you’re looking for a lesson to take away from Ted Lasso and its success, it’s this: A feel-good show that’s unrelenting in its optimism and positivity feels radical in a world so hooked on pessimism and negativity.