By Michael OwensAugust 10, 2021No Comments 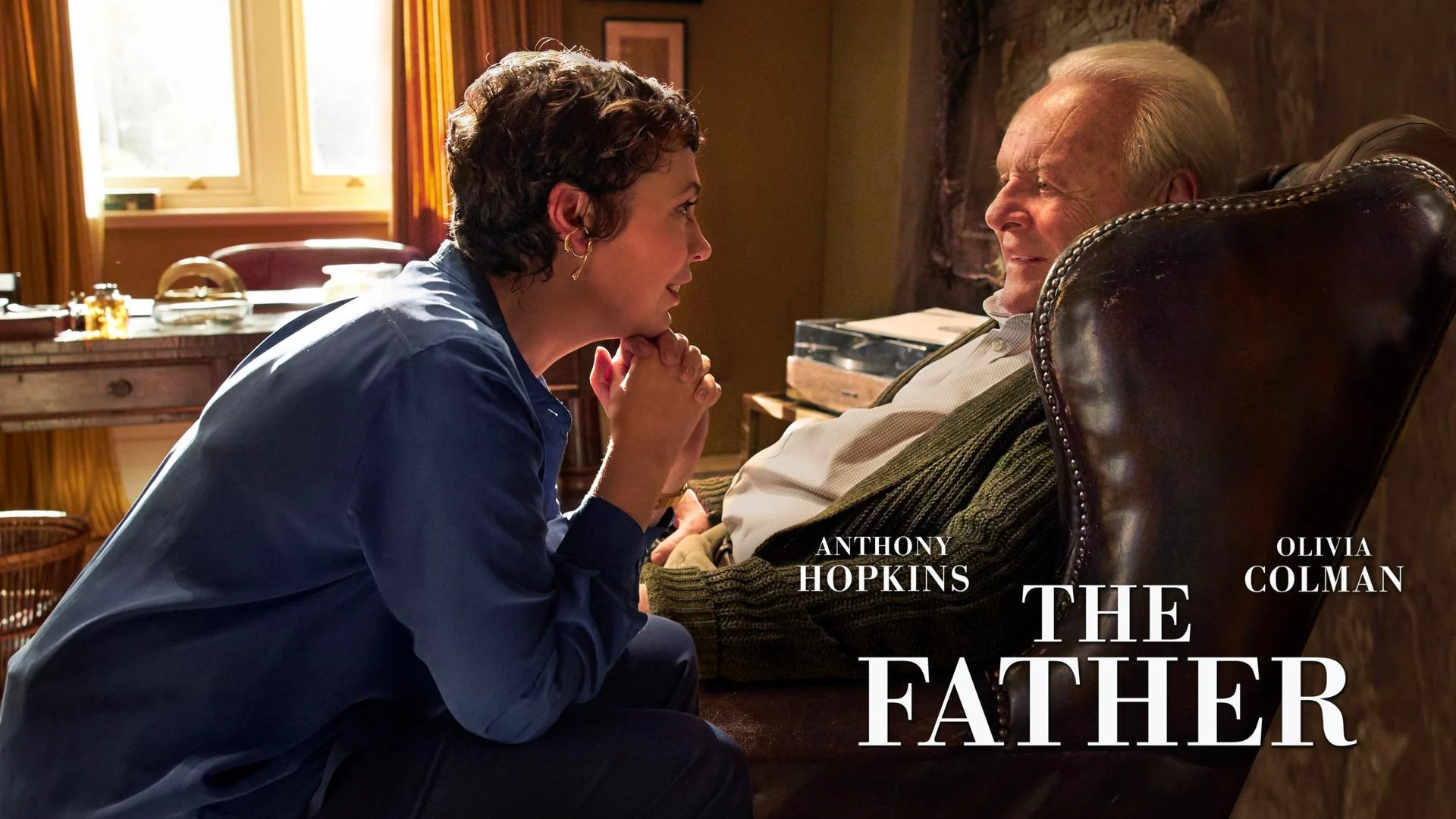 Many films have explored the drama and tragedy of diseases like dementia, but none have done so as effectively as The Father. Recipient of the Best Adapted Screenplay Oscar at this year’s Academy Awards, The Father was written by Florian Zeller and Christopher Hampton from Zeller’s play Le Père
(which Hampton had previously translated into English from the original French). Zeller also directed the film.

The Father follows Anthony (played by Anthony Hopkins in an Academy Award–winning turn) as he tries to adjust to life with dementia, and his oft-frustrated daughter Anne (Olivia Colman… mostly) who has been forced to deal with her father’s worsening condition and occasional belligerent outbursts. What sets the film apart from others in the genre, though, is the film’s inventive structure. Instead of a straightforward melodrama, the film behaves almost like a thriller at times, placing the viewer in Anthony’s perspective. Scenes and dialogue are repeated, characters are recast, and the set design constantly changes. These aren’t continuity issues, mind you—all these choices are deliberate, resulting in the audience being as confused as Anthony as to what exactly is going on. Take the script’s opening note for example:

The majority of the film is to be made in the studio, on a set representing Anthony’s flat.

As the film goes on, the appearance of the flat will evolve. This development is indicated in the script by numbers 1 to 5, thus:

etc. In every case, the space is identical. The décor is the only indication that we might be in a different place. The intended aim is to create uncertainty and the impression of being simultaneously in the same location and somewhere different – ultimately, a hospital.

It’s an effective strategy, accomplishing the uncertainty Zeller and Hampton set out to do. This also serves as an excellent reminder of how screenwriters can fully exploit every element to tell their stories. The Father features great dialogue and characters and plot and all that, but as an art form, film is more than just words and actions. Props and set design can also enhance the store when used properly, and the evolving set is a subtle yet brilliant touch that elevates the entire story on a thematic level. (It shouldn’t be a surprise that The Father was also nominated for a Best Production Design Oscar.)

The difference between a “good” screenplay and an “excellent” one is often difficult to articulate. There are so many elements that go into a screenplay, many of which I’ve touched on here, and it’s impossible to single any one out as the Most Important Quality. As I said, many scripts are just “good”: The structure is sound, the dialogue is fun, the characters are interesting, but ultimately, the experience feels slight and leaves the reader wanting. However, one thing I’ve noticed about the best screenplays is that the writers have found ways to fully exploit the premise. Every moment serves the narrative and themes, building into an unforgettable experience for the audience. These scripts share qualities with the “just good” ones—solid structure and characters and dialogue—but the writers have found a way to dig deeper, to find the unique and inventive and unpredictable elements that make their screenplays essential reading. Just like Zeller and Hampton did with The Father.

This year, I made an effort to watch each of the nominated films before the Oscars ceremony. Just based on the premise, I didn’t think I’d like The Father, but it ended up being one of my favorites by a wide margin. That’s also the power of cinema: A well-executed film can draw in any skeptic. The Father will stay with me for a while, and everyone should check it out.