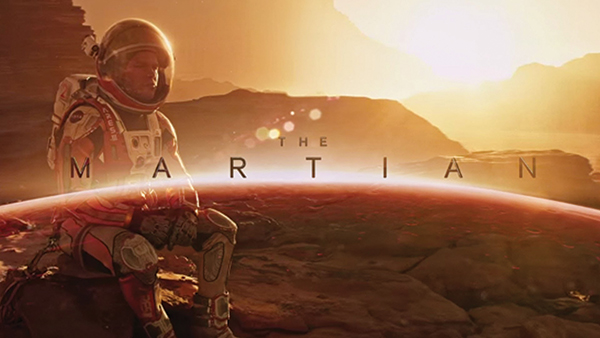 It should seem obvious, but in order to have a compelling story, the characters need to face conflict and overcome obstacles with stakes high enough that the audience roots for the characters to succeed. The Martian takes these basic fundamentals and ratchets everything up to an 11.

Based on the novel by Andy Weir and adapted by Drew Goddard, The Martian follows astronaut and botanist Mark Watney’s fight for survival after he is accidentally stranded on Mars. The premise is simple (and high-concept!) enough—it’s Castaway on a distant planet. From there, everything that can go wrong does. He’s running out of food and has to find a way to grow potatoes on Mars, he has to fix pretty much every piece of equipment including the base he’s living in, he has to find a way to contact Earth with outdated and outmoded technology… it’s the ultimate fight for survival. Weir and Goddard present Watney with obstacle after obstacle, and each time, he must find a way to jerry-rig a solution or else he dies.

That could make for a bleak film, but they cleverly injected the story with a healthy dose of humor. Watney as a character is funny and sarcastic, keeping the film somewhat light even when Watney’s situation is at its most dire. Humor is a great tool to balance out drama, but it also helps the audience connect with Watney on a human level and provides a nice contrast when the dramatic moments inevitably come. (And Watney’s sense of humor helped The Martian snag a Golden Globe for Best Comedy, a decision that some people criticized as category fraud.)

Directed by Ridley Scott, the movie is thrilling, funny, touching, and visually stunning. It feels like they actually stranded Matt Damon on Mars at times. At the very least, The Martian is a perfect movie to watch on a Saturday afternoon when you just want to have a good time.