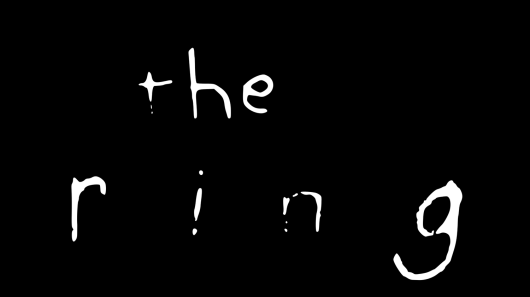 Because of Halloween, October is the unofficial horror movie month (though, really, it’s our opinion that you can—and should—enjoy them all year round). Released in 2002, The Ring kicked off the early-aughts trend of PG-13 adaptations of Asian horror movies, and it remains one of the scariest movies of this century.

Directed by Gore Verbinski and written by Ehren Kruger (with revisions by Scott Frank), The Ring is an Americanized remake of Hideo Nakata’s Ringu. The story follows Rachel Keller (an always amazing Naomi Watts), a reporter who investigates the origins of a cursed video tape after her (and, later, her son) watch it and receive the creepiest phone call of all time: A raspy voice whispering, “Seven days.” What follows are a series of well-executed set pieces that rely more generating dread than surprising its audience with empty jump scares.

As a screenplay, The Ring is perhaps the best written horror script in the last twenty years. Don’t believe me? Just read the opening scene. The language paints a clear, cinematic picture of the movie as it slowly ratchets up the suspense over its opening pages. Structurally, it’s also a brilliant scene. Crafting a horror set piece is similar to writing a joke: You begin with a set up and build to a punchline, which typically pivots the joke in a new direction. The opening scene is structured the same way. Kruger, Frank, and Verbinski set the expectation that something terrible will happen to Katie or Becca, and what follows are a series of misdirects that add to the suspense, provide a few moments of levity, and ultimately lead to a horrific “punchline” of sorts that sets the stage for the rest of the movie. It’s effective, and it’s one of the reasons why The Ring still remains so well regarded today.

By this point, you’ve probably seen The Ring (and if you haven’t, get on it), but it’s definitely worth checking out the script. It’s a masterclass in how to write effective visuals and build suspense.